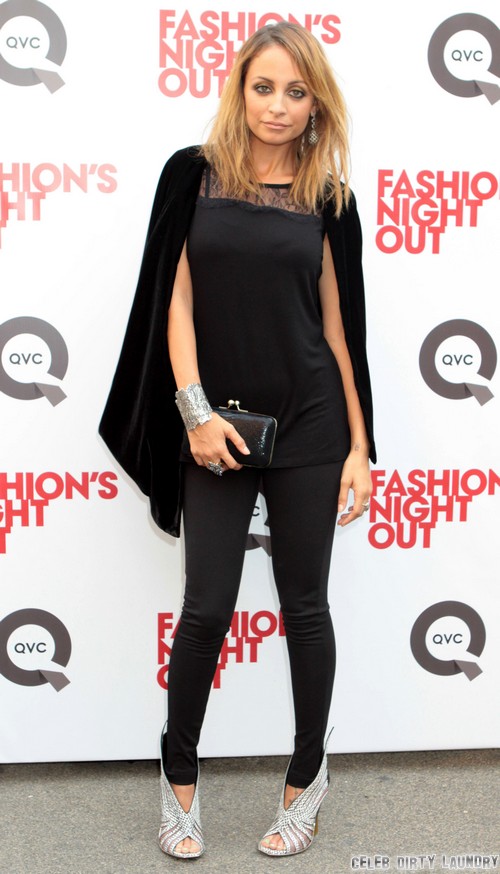 According to a new report from the National Enquirer, if Nicole Richie suffers a relapse, her husband Joel Madden is to blame. Sources in the report claim that since Joel’s recently discovered marijuana, Nicole’s friends have been worried that Joel’s drug usage will affect Nicole and cause her to have a ‘dangerous’ drug relapse. The source explains, “A spouse can lead their spouse back into addictive behavior. If you have had a past problem with drug abuse, it makes it much riskier to associate with people who are continuing to use drugs.”

Ok, there are so many things wrong with this report, I don’t even know where to start. First of all, the marijuana that was discovered in Joel Madden’s hotel room was almost a negligible amount, and it was halfway across the world from Nicole Richie. Secondly, it’s marijuana – at this point, who actually thinks pot is harmful? Sure, it’s not the best thing in the world for you. But neither is alcohol, and I don’t see reports about how alcohol will lead to ‘drug addiction’, even though that’s just as much of a possibly as pot leading to drug addiction. Third, having a small amount of pot in your hotel room does not mean that you’re dealing with ‘addictive behavior’. In this day and age, especially if you’re from California and you’re in the entertainment industry, there’s a higher likelihood that you smoke pot than you don’t smoke pot.

While I don’t disagree that Nicole definitely has to be careful with all substances considering her past, I highly doubt that Joel Madden’s pot smoking across the world is going to affect her in the slightest. Do you agree? Let us know in the comments.