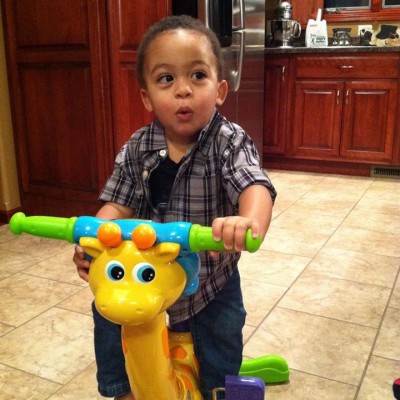 Minnesota Vikings running back Adrian “AP” “All Day” Peterson who has dealt with great loss and pain in his life, is now having to face the tragic loss of his 2 year old son Ty Doohen. Adrian had only recently learned through a paternity test that he had fathered Ty after the toddlers mother Ashley Doohen contacted him about the matter. 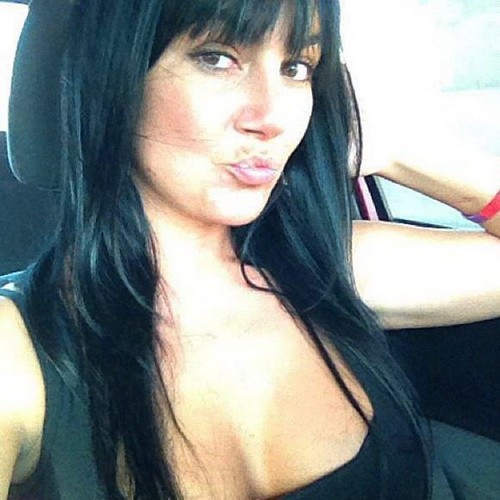 A source told TMZ that Adrian had embraced the situation and was making plans to fly out later this month to meet his son when this tragedy occurred. Upon learning about the aggravated assault on his son, Adrian rushed to Sioux Falls where he met his son for the first time while the young boy was on life support. The next day, the toddler died from head injuries sustained from the brutal beating inflicted upon him by Ashley’s new boyfriend Joseph Robert Patterson. 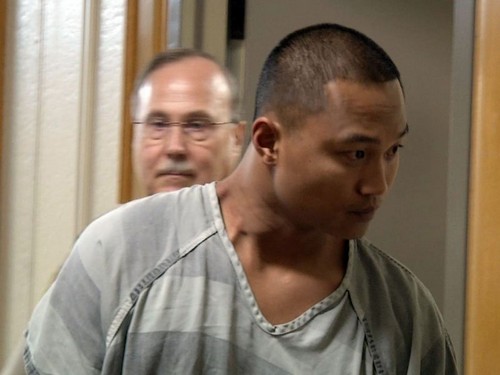 Ashley and Ty had recently moved into Patterson’s Sioux Falls apartment, and on Wednesday Patterson – who was home alone with the toddler – called emergency services at 5:43 pm claiming that the two year old was choking on a candy. Police and EMT arrived to find Ty unresponsive. The 2 year old was transported to Sanford USD Medical Center where it was determined that he had sustained head injuries consistent with abuse. His condition continued to deteriorate and at 11:43 am on Friday the two-year-old was removed from life support and died.

Police spokesman Sam Clemens told USA TODAY Sports, said that when it became clear that the injuries little Ty received were not accidental detectives began an investigation and, “What they ended up finding was that when the injuries happened there was one person with that child, and that person was Joseph Patterson.”

What we now know is that no child – not even for the shortest amount of time – should have ever been left in the care of Patterson who has a long history of domestic violence against women and children dating back to the first order of protection filed against him in 2004 in Jackson County where he attended high school.

More recently Patterson’s ex-girlfriend and the mother of his son twice applied for an order of protection claiming that he choked and punched her, threatened her with a knife, and held her in the bedroom against her will. In 2010 and 2011 she voluntarily dropped both orders of protection. She likely regretted it because in 2012 he assaulted both her and her 3-year-old son (from another father). In the assault report she said that Patterson spanked her 3-year-old son so hard for misbehaving in church that he needed ice for welts on his buttocks. The victim went on to say that when she got upset at him for hurting her son he proceeded to grab her by the throat and wave his fist in her face – only stopping when their infant son started crying. She added in the report that he had threatened to kill her many times. Patterson was charged with and pleaded guilty to simple assault in the case, and ordered to undergo family violence training and to stay away from her until completing it.

As of now Patterson has been has been charged with aggravated assault on a child, but those charges will likely become more severe now that his two-year-old victim has died.

The death of a child is by far the greatest pain, when that death is violent and intentional it makes it even harder. There are many mourning his senseless passing including Adrien who will never get to know the little boy who was described to the Argus Leader by Sioux Falls resident Vanja Srdic as being a, “very happy, very strong-willed, so much potential, a go-getter little boy” adding that, “His mom was his world.”

Adrian who also has a 10 year old daughter Adeja and a 2 year old son Adrian Jr., will likely find solace in his two remaining children, and the one thing that has always gotten him through the tough times – football. Adrian who currently sits second among NFL running backs for rushing yards and first for touchdowns, said that he plans to play in Sunday’s game against the Carolina Panthers. Some may wonder how the football star could play in the game at such a time but Adrian –who is no stranger to tragedy explained that,

“Football is something I will always fall back on, It gets me through tough times. Just being around the guys in here, that’s what I need in my life, guys supporting me. … Things that I go through, I’ve said a thousand times, it helps me play this game to a different level. I’m able to kind of release a lot of my stress through this sport, so that’s what I plan on doing.“

Simply put, football is his coping mechanism, and has been since he was seven and witnessed his nine year old brother being killed by a drunk driver as they rode their bikes.

It takes the worst kind of person to act out so violently on someone so defenseless and innocent. It also takes an irresponsible mother to leave her child with a person having a history of violence towards children. Needless to say social services fell down on this case as well. This was an avoidable tragedy.