Johnny Depp and Amber Heard Break Up Because He Can’t Get It Up! 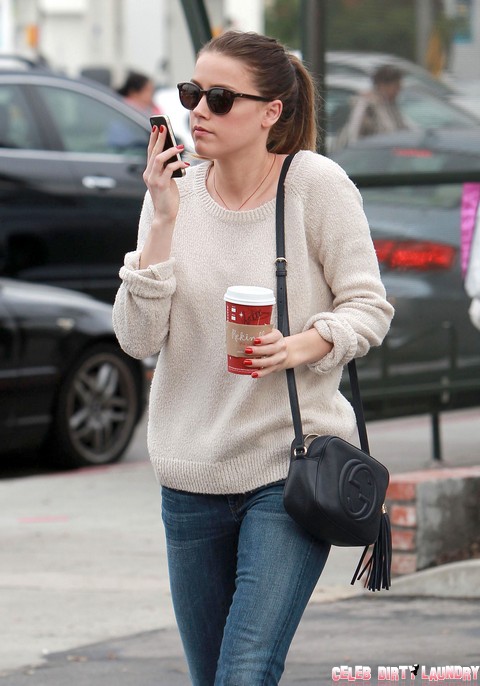 Poor Johnny Depp has just had the romantic rug pulled out from beneath him. It seems that the aging actor has been dropped like a hot potato by current bisexual love, Amber Heard. The twosome originally hooked up last June when Depp split from longtime love, Vanessa Paradis. He supposedly fell head over heels in love with Amber and the connection was strong enough to pull him away from the mother of his children. Depp fell for Amber while filming The Rum Diary and swiftly moved her into a 10 million dollar mansion in Tennessee.

Things were supposedly going great until recently. As Depp started talking about having a family Amber supposedly began to get tired of his bad moods. He’s also not in his prime anymore and add to that the fact that he smokes and drinks like a fish and well, things weren’t exactly as smokin’ hot as Amber would have liked.  She’s young and sex is extremely important to her and according to The Sun, it seems as though Amber has already redirected her interests.

The U.S. Based actress has been seen spending an enormous amount of time with Marie de Villepin, the daughter of ex-french premier Dominique. The two were introduced last October and have gotten really close as Amber’s relationship with Johnny has crumbled. They even spent part of the holidays vacationing together and it looks like Amber has traded in aging dead weight for a hot blonde model that is fully capable of keeping up with her- in all ways!

Do you think this is the end of Amber and Johnny, or is she just playing on the side to breathe some life back into a stale area of her life? Do you think this will prompt Johnny to slow down on his vices a bit? Tell us your thoughts in the comments below!