Jonas Brothers Split Up Because Nick Jonas’ Ego has Grown too Big, too Difficult to Handle? 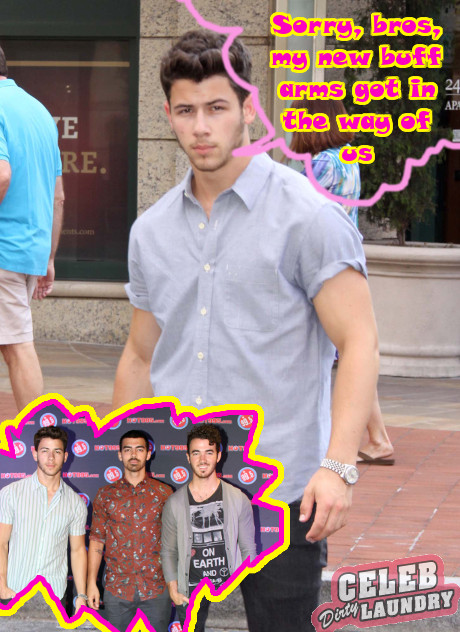 You probably have heard by now that the Jonas Brothers (remember them?) have reportedly broken up after a massive rift formed between them over a matter of “creative differences.” They couldn’t agree upon whether they wanted their new music to embody a pop sound or convey a new and different “hard rock” vibe.

Bands like this have creative differences all the time and, when you’re a big name like the Jonas Brothers and have 19 “comeback” tours lined up (and a lot of dollar bills on the line), you’d think they would’ve come up with a way to resolve their issues — at least for the time being. Or put on an act. Or something. We’re not saying they had to stay together forever, but what a heck of a time to split up!

That’s why we think there are some other underlying issues. Breaking up over “creative differences” is a much more polite way of saying that “we’re getting on each other’s nerves and it’s time to split up because we can’t stand each other — we might even hate each other.” Allegedly, there was a ton of fighting amongst them and, after a while, they all got fed up with it and decided to take a break — perhaps a permanent one.

Over the years, during their “period of rest,” each bro has sort of gone off to do their own thing. Joe Jonas traveled a bit with his girlfriend and did some solo stuff; Kevin Jonas did his E! reality show with his wife, Danielle; and Nick Jonas went off to do some acting work (Smash; Les Miserable in London West End; Last Man Standing), perhaps garnering the most exposure and credit while away from the band. Maybe he caught a whiff of what his professional life could be away from the Jo-Bros. and decided he could take his career to the next level if he wasn’t beside his brothers.

This is all speculation, of course, and it’s just one of the many possibilities. You can’t tell me out of all the years they’ve been working together that they’ve never had creative differences and have never learned how to compromise. So why now? What was the straw that broke the camel’s back this time around? Just creative differences? Or are the brothers’ egos getting a bit too large and unwieldy to participate in concert with one another?