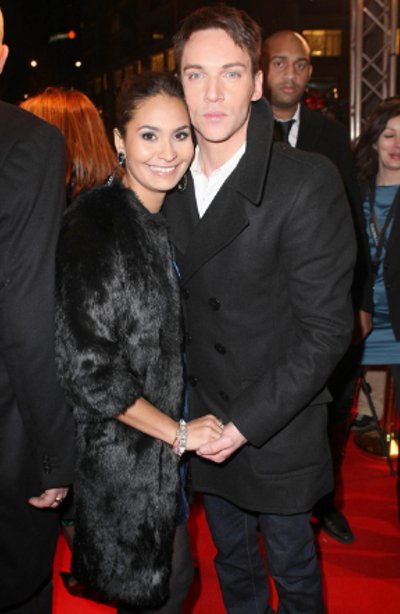 Jonathan Rhys Meyers is known more for his off-screen shenanigans nowadays than he’s known for his acting career. However, that might all change in the next year. According to Latino Review [which has delivered plenty of major scoops before], Jonathan is being considered for a major role in Star Wars: Episode VII.

Now, we all know what the original Star Wars trilogy did for the careers of Mark Hamill, Harrison Ford, and Carrie Fisher. However, the prequels, while they did launch Natalie Portman’s career, also shot Hayden Christensen’s down to hell. I mean, sure he didn’t really have the acting chops to stick around anyway, but because of Star Wars, the whole world figured that out a lot faster than they would have otherwise.

Either way, it’s a chance for Jonathan Rhys Meyers to finally live up to that promise he showed in Bend It Like Beckham and Match Point. Sure, The Tudors is great gig and all, but let’s face it, the last time anyone cared about him was back in 2006 when he made an appearance in Mission: Impossible III.

Also, he has been vocal about his addictions and trying to deal with them. I admire him for it. But if he lands this role in Star Wars, he better buck up and deal with it, because he’s not going to get another chance if he screws it up.

Also, Star Wars might not be the only coup Jonathan Rhys Meyers pulls off this year. He also has a supporting role in Mortal Instruments: City of Bones as well as a lead role in NBC’s upcoming television series ‘Dracula’. Mortal Instruments is a bit of a long shot, but if Dracula works out [which is unlikely, since the previews look like shit], then he’ll have a successful network show. Not many actors can say that. Regardless, Star Wars is a bigger deal and it will be interesting to see if this actually pans out or if it’s just the beginning of the casting rumor mill that will last for the next several months.