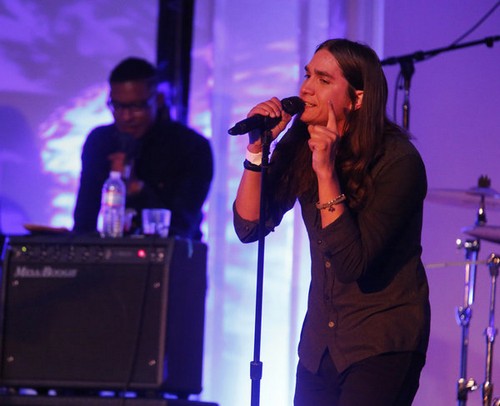 Jonny Gray took the stage tonight on THE VOICE for his Top 12 video performance.  Jonny Grey sang “Another Day in Paradise” by Phil Collins.  Tonight’s show the remaining artists from each coach, Christina Aguilera, Adam Levine, CeeLo Green and Blake Shelton team performed live for America’s vote and the chance to move on to the Top 10.

Judges Comments:  CeeLo says that he is ready for him to win this competition and write his own music; he believes that the songs he sings are narrative to get him to his goal. Adam says that when it started that the syncs were a little off and there were a few rhythmic issues but he came right back and did a great job.

Jonny Grey who is on Cee Lo’s team talked about his biggest musical inspirations, check it out [CLICK HERE]  If you want to keep Jonny Grey don’t forget to vote for him.