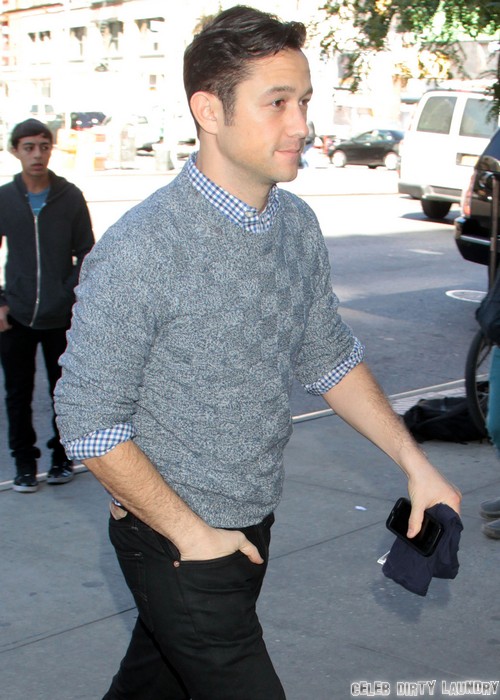 There have long been rumors circulating that Joseph Gordon-Levitt, beloved child star and now Hollywood leading man, was gay. However, Joseph addressed those rumors last week and while he wouldn’t clarify, his answer was classy and every young man and woman in Hollywood could learn from it. In regards to the rumors, he simply said, “That would be really tacky —- they would win if I had to clarify.”

However, in a new interview with Howard Stern, he does seem to be drifting towards confirming his sexuality – or at least, making us think one way or another. He admitted that he was in a relationship with someone not in show business, but didn’t know if he was willing to commit his entire future to this person. He doesn’t seem too keen on monogamy, saying, “I think that I could partner up with somebody — I don’t know who that somebody is — I could partner up with a woman and commit to we’re going to raise a family and that’s a project we’re going to commit to for 20-something years.”

So basically, he wants to remain sexually promiscuous while he’s raising a family. Good luck finding a woman who’s willing to do that with you, buddy. Well, I’m sure he won’t actually have that much trouble – he is Joseph Gordon-Levitt.

However, note that he always says I could partner with ‘somebody’, not ‘some woman’. I think he’s going out of his way to keep his sexuality open, and I wouldn’t be surprised if he was actually bi-sexual. We know he’s had girlfriends in the past, but he’s also been linked to a couple of men. So what’s the big deal? I appreciate that Joseph’s trying to keep his privacy intact, but as a leading man in Hollywood, he should be setting new examples and breaking down barriers.