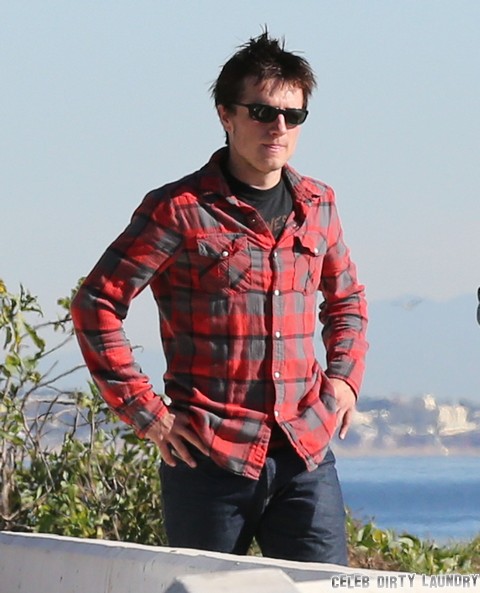 Josh Hutcherson seems to have had a tough time at the LAX airport yesterday when he tried to make his way to his car before being bombarded with fans and photographers who were eager to get what they wanted; autographs and photographs of course. Wearing a pair of Wayfarer sunglasses to reduce the flashing lights of cameras, the Hunger Games actor played it cool as he signed a couple of autographs until things got uncomfortable.

Photographers started asking questions about his private life, and one question that is debatable: is Josh dating Justin Bieber‘s ex-girlfriend Selena Gomez? The two were first spotted at the Golden Globes after-party together, sharing hugs and laughing together before hanging out together in Los Angeles a week later. So, it made sense for them to ask him if he was smashing Selena, doesn’t it? The 20-year old soon became the most-hated person at that airport when he suddenly stopped signing autographs and didn’t respond to anyone’s question.

People were pissed so they started shouting at him why he he happily accepts million dollar movie offers, but wouldn’t sign a simple piece of paper. That autograph would have probably been sold on eBay for hundreds of bucks, but still, it’s a fair point to say that Josh makes enough money to at least show his “fans” that he appreciates them for watching his big Box Office movies.

Gather thinks the same as us, saying:

Josh was probably also annoyed with the dudes bugging him since they didn’t even attempt to catch up on the gossip about his love life before stalking him—it’s been days since Hutch was linked to Selena Gomez, and she’s already allegedly dating Justin Bieber again. Josh was so irritated that he almost stole the paps’ pen, but he had a change of heart and returned it before his car drove off. Sometimes dealing with the paps is a lot like being in the Hunger Games.

One guy was heard saying how Josh’s career is definitely over in a few years to come. Um.. just because he didn’t give you an autograph?! A bit extreme in our opinion, but some people are just born to be stingy, right? The way they ran up to him and started shoving all of those things in his face while a bunch of photographers are snapping pictures while asking him if he’s dating Selena — what would you have done in this situation?