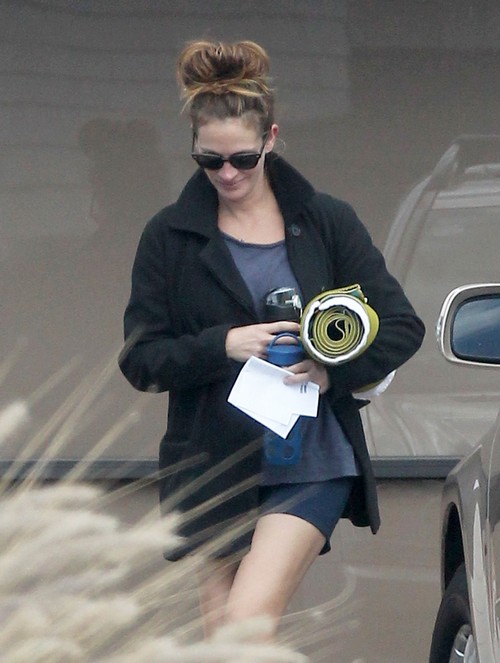 Oh, Julia Roberts. I think someone’s a wee bit jealous that their place as America’s Sweetheart has been overtaken by the Internet’s pretend BFF Jennifer Lawrence.

Julia is a gem in interviews, and she almost always has an air of superiority about her, even though she projects humor at the same time. The combination is a potent mix, but one thing that especially sticks out is her brutal honesty. Whether it makes sense or not, she will tell you exactly what she’s thinking and more than likely, it will be hilarious.

In this particular case, Julia tries some subtle shading/complimenting of Jennifer Lawrence. When asked in an interview by MTV about Jennifer joining the club of America’s Sweethearts [which isn’t even fair because I think Sandra Bullock, Reese Witherspoon, and Jennifer Aniston all had that position after Julia], Julia replies with her usual mix of snark, condescension, brevity, and praise. Again, no one does it like her.

She says, “She shoots flaming arrows. Is this a new cupid tactic? My card is expired and I didn’t get a new one. I think she’s fabulous, but she seems cooler than me.” Oooooh, snap.

She’s basically saying that Jennifer is too ‘cool’ to be America’s Sweetheart, and only coming from Julia would it somehow manage to be an insult and compliment at the same time. But you know what? Jennifer’s career and massive success can only really be compared to Julia’s early career success – no other actress has the parallels. At 23 years old, Julia was also a critically acclaimed actress with massive films, but the only difference is that she headlined those movies all by herself, and none of them were franchises. In today’s world, Jennifer is as close as we can get to a young movie star, but she hasn’t really opened any movie based solely on her name. And as for Julia’s shtick that Jennifer is too ‘cool’? Well, times are a-changing, and that’s the very quality that makes her America’s pretend BFF.

What do you guys think about Julia’s comments? Do you think she meant it as an insult or compliment? Let us know your thoughts in the comments.