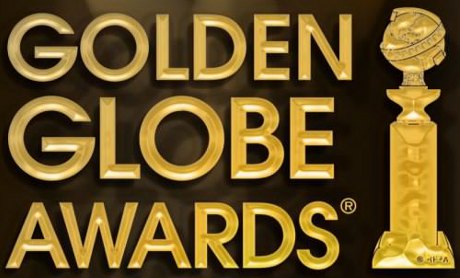 The usual Hollywood self-indulgence was once again all too prevalent at the Golden Globes Awards last night. They came, they saw, they won golden planets, and they thanked God – your usual Hollywood love fest! Seeing that the Golden Globes is the Oscar pre-show, we decided to take a look at the winners in the drama category – the most important one – from last night’s award ceremony and make a few Oscar predictions while we’re at it. So, dear reader: locks the doors – tight – have a kiki, stroke your cat, and put on your disco hat! Hollywood’s about to be analyzed!

WILL HE WIN AN OSCAR? We think so, yes. He’s up against the likes of Robert De Niro (Silver Linings Playbook) and Alan Arkin (Argo) – both Oscar darlings – so don’t bite your disco hat if there’s an upset.

Best Supporting Actress In A Motion Picture Drama – Anne Hathaway – Les Miserables – There’s no doubt in our minds that Anne Hathaway is going to score quite a bit of Oscar hype this season. Her performance in Les Miserable has been critically lauded.

WILL SHE WIN AN OSCAR? Without a doubt, yes. This is Anne Hathaway’s to lose. Her only competition will most probably be Sally Field for Lincoln – the Oscar peeps love a proper comeback.

Best Actor In A Motion Picture Drama – Daniel Day Lewis – Lincoln – Look, we all know Daniel-Day Lewis is the critics’ darling and we have a sneaky suspicion he will take home the Oscar come end-February. His performance in Lincoln has been described as “magical” and “watershed”.

WILL HE WIN AN OSCAR? Tough call. He’s up against Bradley Cooper (Silver Linings Playbook) and Joaquin Phoenix (The Master). We doubt these two will stand any chance against Lewis when it comes to the Academy votes – they love him. We’re going to go out on a limb on this one and say, for now, yes.

Best Actress In A Motion Picture Drama – Jessica Chastain – Zero Dark Thirty – I am personally being a bit biased here, but Jessica Chastain is one of my favorite actresses of the past two years. (I absolutely adore everything about her). Her performance in the Kathryn Bigelow masterpiece has forced film critics to sit up and listen.

WILL SHE WIN AN OSCAR? We don’t know. She’s facing Jennifer Lawrence – Best Actress In A Motion Picture Comedy Golden Globe Award winner for Silver Linings Playbook – in the Best Actress category. Jennifer Lawrence is currently the hottest and most popular actress in the world, and even though the Academy refuses to vote for popularity, there’s an extremely strong chance that Jennifer Lawrence might walk away with the biggest film prize on the planet.

This is how Oscar season is shaping up, ladies and gents, so place your bets, buy a potato, and settle in for the most self-indulgent moment of the year! Who do you think will win? What do you think will happen next month? Let us know your thoughts in the comments below.

Check out all the great pics from the Golden Globes Here