Justin Bieber and Selena Gomez Back Together – Can She Save Him From Drugs and Rehab? 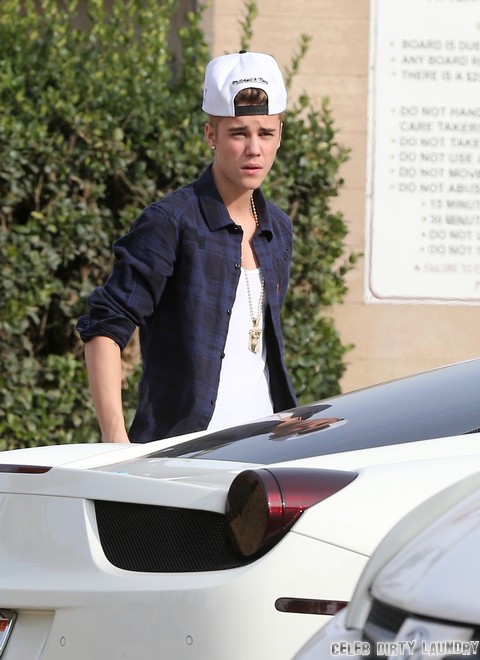 We’ve all been there: you split up with an ex, but guilt drives you back. You don’t want to be a negative influence, and, since post-breakup life revolves around you—what you did wrong, how you hurt them, how you could have helped—it’s impossible to imagine your ex getting on without you. I’m pretty sure that Selena Gomez is on the same boat right now! She and ex Justin Bieber were spotted at a concert this weekend in LA, and then she hit their local Panera Bread . . . for old time’s sake?  A witness tweeted “YLA’s first show and the Beibs and Selena were sitting front and center.”

We’ve been following Justin’s transformation from innocent pop kid to thug wannabe drug user, and we aren’t thrilled! Besides the fact that drugs are bad for you, Justin’s poser, tough, too-cool-for-school attitude are pretty hilarious and pathetic. But it seems like Selena is falling for the act and wants to do what she can to save him from bad influences, so they’re back on!

Both seemed to mark the relationship as totally over by singing covers of break up songs. Selena sang Taylor Swift’s ‘I Knew You Were Trouble’ two weeks ago at a UNICEF concert, but her tune has changed. Does anyone know a song that covers ‘I knew you were trouble but I can’t stand to watch you spiral downwards so I’m going to pity date you to pull you out of this unhealthy, drug ridden funk’ song? Cause I’m pretty sure she’s humming it to herself right about now.

Is there any other possible reason for their reconciliation? Justin was a first-class jerk (for lack of a stronger word that won’t get edited with asterisks!) to her, acting totally unapologetic for his many misdemeanors. It was so lovely to see Selena stand up for herself and dump the loser without a second thought (after the many mini-break ups, but let’s ignore them in the name of girl power), and we hate the thought that she’s willing to erase the past! Do you think the two are dating again, or foolishly trying the let’s-just-be-friends branch? Should Selena forgive him, or are the two better off separate?