Justin Bieber Progresses From Weed to Narcotics Display – Is He Getting On The Horse? (Photos) 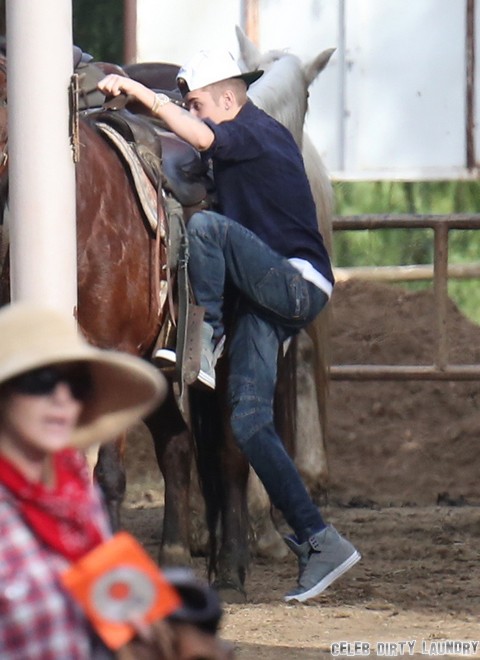 Is Justin Bieber really so arrogant that he believes he can keep dropping obvious hints of his drug use and somehow his career will not be affected? Has this clown forgotten that his main audience age group still has a curfew and has to ask mom and dad for money, rides and everything else?  Justin is very quickly transforming into a male version of Lindsay Lohan here, flaunting his bad behavior and kind of thumbing his nose at the press that’s reporting it.

We already know that Justin’s a pothead, we have photos and he pretty much admits it anyway. His media handlers are going nuts though because he insists on running with guys like Lil Twist and Lil Za who have taught him about a lot more than how to roll a perfect blunt. The most recent pics show Justin not only rolling but also near him are two sets of double cups with a bottle of codeine nearby. In one shot Justin is drinking out of a double cup, implying he is ingesting Sizzurp, a practice made famous by another junkie, Lil Wayne.

Codeine is a full narcotic and highly addictive which means that the 18-year old Biebs has already moved up from weed to something a whole lot stronger and he doesn’t care who sees the proof of it! Clearly Justin thinks he can do whatever he pleases with absolutely no repercussions!  If we can see proof evidence that he’s hitting the Sizzurp then what else is this kid doing behind closed doors? Justin has the money and the means to get his hands on whatever his drug of choice may be and as he keeps publicly demonstrating, he enjoys partaking.

Forget about all the rumors of him flirting and being unfaithful, Selena Gomez likely saw Justin as a sinking ship and got off before she could be pulled under with him. There’s no way that she would continue associating herself with a hard drug user because it would kill her wholesome image dead and she knows it!  No to mention the real risks involved with hanging around with hard drug users.

How much of a drug problem does Biebs really have? If he’s using narcotics at 18 what will he need to avoid the pain of withdrawal by 22 if he stays on this path!  Tell us your thoughts in the comments below!