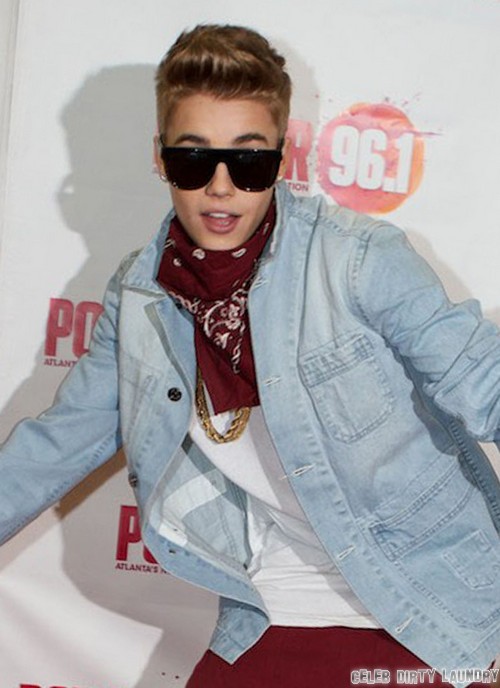 It’s been a lot of hoopla surrounding the fact that teen singer Justin Bieber didn’t receive even one Grammy Award nomination this year. Funnily enough, one guy thought it was cute to voice his opinion over Justin’s Grammy snub.

Patrick Carney, the drummer for The Black Keys opted to vocalize his official word on the Biebz’ Grammy snub — and it’s quite hilarious. After the awards ceremony took place on Sunday, Patrick said of Justin, “He’s rich, right? Grammys are for music, not for money…and he’s making a lot of money.”

So basically he’s saying that the mindless masses of teenage girls will invest their money in this twit, but that doesn’t mean that he’s making good music. So, Justin took to his Twitter to vent his frustration aimed at the drummer.

He tweeted, “the black keys drummer should be slapped around haha”. Uh huh. Because he really wants us all to think that he’s totally kidding there, right?

Justin was so miffed that he wasn’t included on the Grammy festivities that he tried to hijack the entire awards show by chatting with fans. What a whiny baby!

Do you think Patrick is right? Just because people are lining up to buy all of Justin’s music doesn’t mean that it’s in any way good, does it? Thoughts? Hit the comments and let us know what you think!