Justin Bieber Busted For Driving Without A Valid License 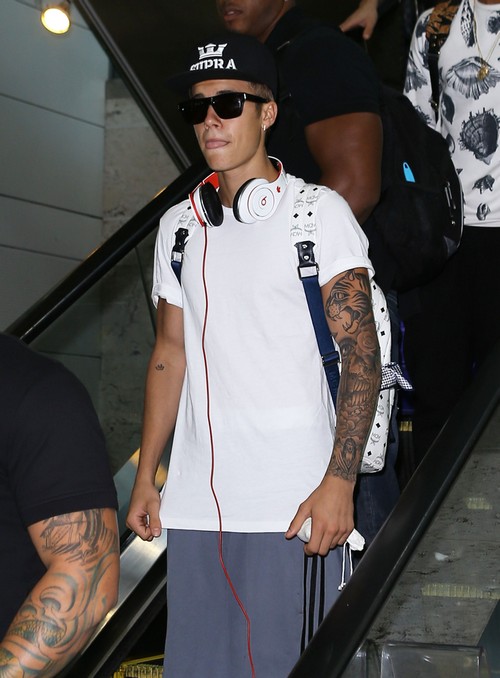 Justin Bieber got busted in Calabasas early this morning, he was driving stupidly like usual but what makes matters worse is that the police found out the Justin wasn’t even permitted to drive in California; simply because he wasn’t licensed to do so.

Why they pulled him over you ask? He just sped through a stop sign; it’s idiots like Justin that kill people on the road. Imagine if some young child came running out the street as he just went through the stop sign? The kid would have died instantly; Justin needs to go to some sort of driving school to learn the basics!

Justin Bieber will have to get a license in California before he gets behind the wheel again; knowing how Bieber never went back to save his pet monkey from Germany we can highly doubt he’ll ever bother with actually taking the time to go get a license since he’s so “busy”.  Justin has no sense of time, he believes the world should just do what he wants and revolve all around him; his arrogance is what makes people hate him so much.

This is not the first time Justin has been driving recklessly.  He was allegedly speeding down a street in a gated community a while ago, but rapper Tyler the Creator took the blame; eye witnesses claim it was Justin. I believe he should have license taken away from him; that would teach him a very good lesson to not drive like a complete idiot. Justin has to grow up, he can’t be this immature brat for the rest of his life.