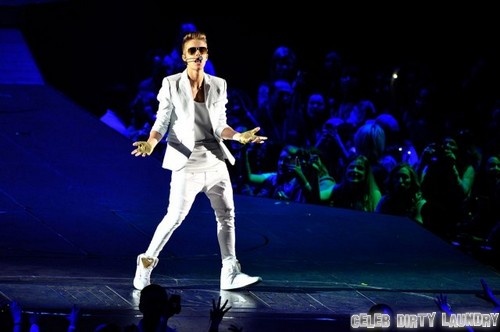 In case you hadn’t heard, teen singer Justin Bieber has canceled his second concert in Portugal. He was slated to take the stage at the Pavilhao Atlantico in Lisbon on March 11th and 12th, but the website for the venue notes that the Biebz has canceled the second show.

The venue posted this statement:

Due to unforeseen circumstances, Justin Bieber was forced to cancel the second performance in Portugal, March 12. The Canadian singer is eager to play for the Portugese fans on March 11. Holders of tickets valid for March 12 should contact the respective place of purchase to receive a refund within 30 days of the date of the scheduled concert, which ends April 11.”

As it turns out, Justin didn’t cancel the second show because of his health or the fact that he’s a spoiled brat — he pulled the plug on the show because of the poor ticket sales. Is Justin’s star finally fading? TMZ reports:

Justin Bieber cancelled his Portugal concert Tuesday — not because he’s sick, not because he’s melting down — because ticket sales were “soft” and it felt like the right thing to do. Just tell that to the fans who are getting stood up.

Sources connected to Justin have confirmed … it was a “business decision” that triggered the cancellation. Our sources say ticket sales were still “good … more than 60%” … just not good enough.