Justin Bieber Denies Racing In His Ferrari – The Biebz To Do Jail Time? 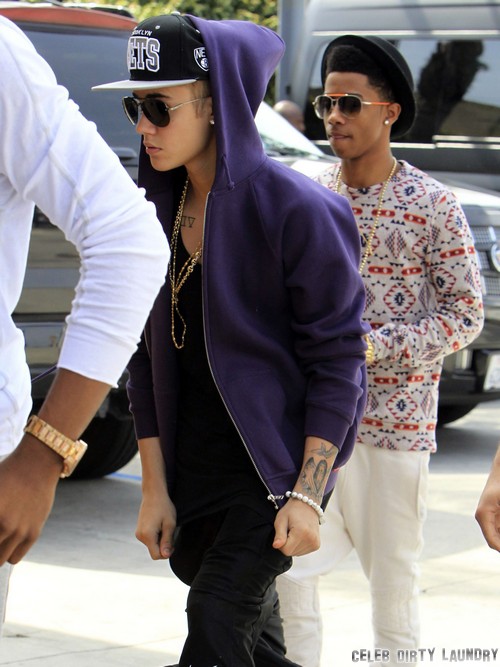 Is Justin Bieber going to do jail time because he can’t stop acting like a fool? It seems that Justin doesn’t have any common sense lately and is bound to get his entitled self arrested if he doesn’t start using his head.

Just recently, the teen singer was confronted by a neighbor for driving like a maniac in his gated Calabasas community. During the confrontation, the Biebz was said to have spit in the guy’s face.

On Monday, Justin whizzed through the gated community once again in his Ferrari and was chased down by neighbor Keyshawn Johnson. Keyshawn was with his children, but gave chase to Justin in his Prius. He went into Justin’s garage and saw him exit the Ferrari and run into his house to avoid the confrontation.

So, basically even though Justin is claiming that he’s being framed, there are witnesses to prove both cases. At this point, it’s really up in the air as to whether or not Justin will be prosecuted, but we do know one thing for sure….He needs to take it easy in his car or someone is going to get hurt!

Stay tuned for the latest on this story as new developments are revealed!