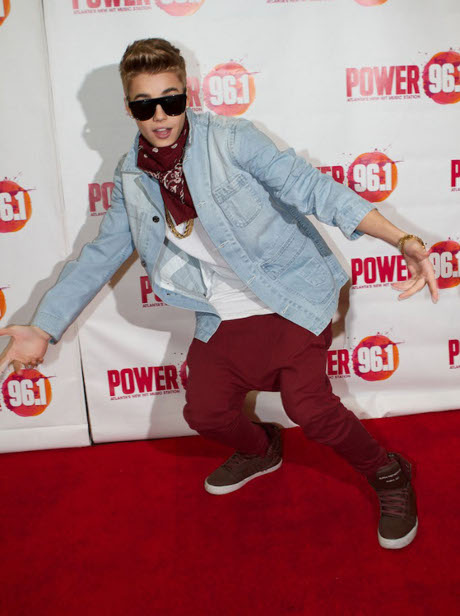 Justin Bieber has been under the microscope for the past week, ever since photos of him using marijuana surfaced. He has apologized to his fans, tweeting, “everyday growing and learning. trying to be better. u get knocked down, u get up . . . I never want to let any of you down. I love u. and thank u.” While I don’t feel too upset about Justin’s recreational use of a natural substance, the photos have sparked huge controversy—both on the invasion of paparazzi (remember, a man died chasing Bieb’s car, and started the marijuana picture rumors), and on the use of the drug. Without entering those debates, we’re reporting another Bieber marijauana ‘scandal.’ A source has reported that Justin and his crew were smoking in the Carlyle Hotel in NYC in November, and the fumes were so bad, guests evacuated!

“It was a complete mix up,” Bieber’s rep explained at the time. “Justin wasn’t even on the floor in question, it was actually coming from another star’s room.” Sure. At the time, he was performing with Rihanna (big pot smoker) and Bruno Mars (weed status unknown). His reps tried to throw the other artists under the bus, saying they were to blame for the “strong smell” other patrons noticed. It seems like there’s some friction between Justin and his management about how he wants to rebrand himself! The smell was so bad, they even requested to be moved to another floor! Talk about high maintenance!

Justin is transitioning from teen-pop kid to serious adult singer, and is not doing too well with it! We reported that his entire drug use may have started when he began hanging out with Lil Twist, who is none too shy about his love of the leaf. But will Justin’s teen image recover from this? Does he even want it to? It’s hard predict what Justin’s future will look like, but I don’t expect him to start being considerate of other hotel patrons any time soon! What do you think about the Justin Bieber drug photos?