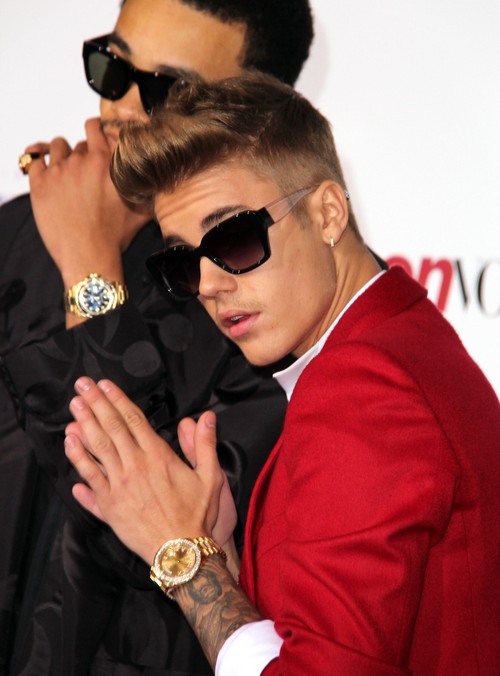 Now, once again, Justin decided to reiterate his retirement plans on his Twitter, writing on Christmas eve, “My beloved beliebers I’m officially retiring.” Ok, Justin. Whatever you say.

He explains, “The media talks a lot about me. They make a up a lot of lies and want me to fail but I’m never leaving you, being a belieber is a lifestyle.” For good measure, he also added, “Be kind loving to each other, forgive each other as god forgave us through Christ Merry Christmas IM HERE FOREVER.”

This is why Twitter is both a bad and a good thing. It constantly gives us gems like these, but then again, it constantly gives us gems like these. It’s hilarious to see some of the things these idiotic celebrities write sometimes, but seriously?! ‘I’m here forever’?! Who says that? Oh, that’s right, Justin Bieber. We don’t need any more evidence to prove that his ego has inflated past the point of control. That’s the whole reason he’s ‘retiring’, right? Because he can’t handle the criticism, despite the fact that he brought it all on himself with his horrid behavior.

What do you guys think? Will Justin actually retire this time, or is he just doing this as a ploy for some sympathy and attention? Let us know what you think in the comment section below.