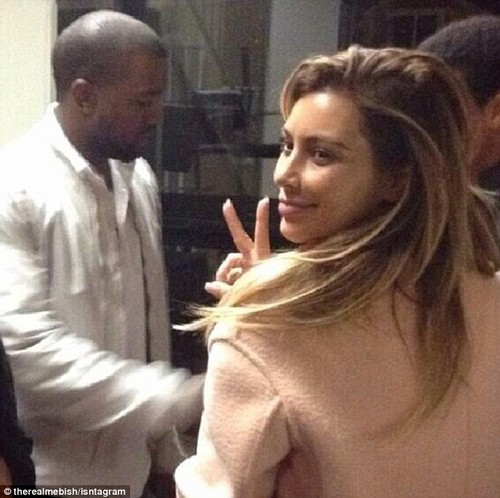 Is this what Harvard has sunk to? Inviting college dropouts and reality famewhores to come speak at their university? To be fair, they just invited Kanye West, and there wasn’t much they could do when Kim Kardashian insisted on tagging along. This was probably the one and only chance she’ll ever have to visit a university like Harvard in prestigious circumstances.

Of course, they then made matters even more ridiculous by getting Kanye to speak to the School of Design. Forget music, forget art, but design. Has Kanye somehow become an expert in design without us knowing? As usual, his speeches are filled with eccentricity and laughter, although a lot of the laughter was unintentional.

During the speech, he stated, “I just wanted to tell you guys: I really do believe that the world can be saved through design, and everything needs to actually be ‘architected.’ And this is the reason why even some of the first DONDA employees were architects that started designing T-shirts instead of buildings. But just to see the work actually be actualized.”

I can’t believe he used the world ‘architected’. Do you think he looked up everything to do with architects in the dictionary before speaking?

Of course, because it’s Kanye West, he can’t help but name drop, adding, “If I sit down and talk to Oprah for two hours, the conversation is about realization, self realization, and actually seeing your creativity happen in front of you. So the reason why I turn up so much in interviews is because I’ve tasted what it means to create and be able to impact, and affect in a positive way.”

Aaaaand….of course. Kanye can never give a speech without making it ME ME ME. Eventually, the conversation will turn back around to himself, no matter his original intentions. Then, he’ll proceed to spend the majority of his time talking about HIS past, HIS future, and his ‘creativity’. Come on Harvard, really?

It’s one thing to invite J.K. Rowling to speak at your commencement speech, and it’s another to accost your poor design students with the likes of Kanye West. The guy didn’t even graduate college! And his field has nothing to do with design!

What do you guys think of Harvard’s decision to invite Kanye West, and Kanye’s speech? Let us know your thoughts in the comments.