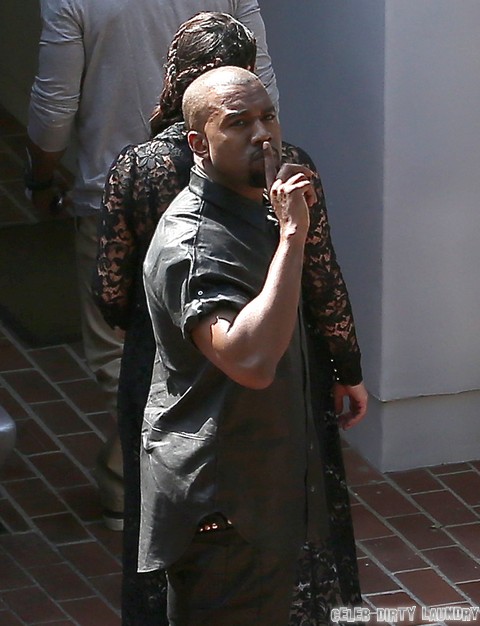 Wow, this has to be the absolute worst week of Kim Kardashian’s life and that says a lot all things (sex tape, quickie marriage/difficult divorce) considered. First we learned about one of Kanye West’s side dishes, Leyla Ghobaldi. Kanye has been banging her only two months into his relationship with Kim and you know there are other women just waiting for a paycheck to motivate them to talk too.

Even worse, as impossible as that may seem, Kanye’s new songs are starting to leak out here and there and let me tell you, dude abandoned his baby mama so that he could accurately reflect on the state of his life right now. While Kim has gestated Kanye has been in Paris slamming her in new lyrics. She has tried to play off the pregnancy as a happy thing but Kanye’s true feelings come tumbling out in Blood On The Leaves where he raps,

“Then she said she pregnant ain’t it /
That’s the night your heart died /
Then you gotta go and tell your girl and report that /
Main reason cause your pastor said you can’t abort that.”

No happy father-to-be raps about abortion in any context. Kanye wouldn’t want to risk people taking it the wrong way. This is his own special way of cluing people in to what he’s really thinking. Kanye didn’t want the baggage of having a child with Kim. Hell, he told Leyla that he was just friends with benefits with Kim because it was good for business. Having a baby with an attention seeking whore is most definitely not!

Does Kanye wish that Kim had an abortion? How do you think that she’s reacting to these lyrics? Tell us your thoughts in the comments below!