Kanye West Slams The Kardashians, Fighting Against The ‘Dumbing Down Of Culture’ 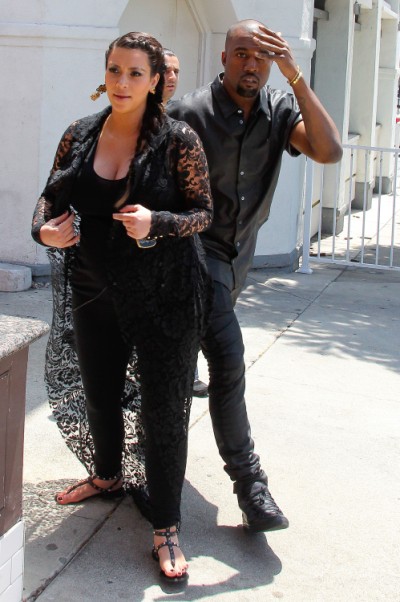 Dear Lord please, never stop talking Kanye! You are the gift that true keeps on giving and your music has absolutely nothing to do with it. Sometimes I wonder if he knows he sounds like a crazy person or if he even understands the words coming out of his mouth. I’m pretty sure it’s no to both.

At his not-so-surprise concert at Art Basel, Kanye West gave the world another little minor rant before launching into his set. It was no New York Times piece. That will go down in history as one of the best and most mind boggling interviews EVER but it was a close second.

The Daily Beast has his speech but I’ll just pick out the most hilarious parts. Obviously since it was an art crowd, Kanye was all about justifying his artist within and naturally compared himself to Andy Warhol. I get it. He’s a genius and we’re all just playing catch up. But it’s his remarks on culture that are leaving me baffled.

“What I want people to understand about sampling and producing is that it’s really similar to—and I know this is obvious what I’m going to say, because I’m a black guy so I’m gonna name the ‘most obvious artist in the world’—Warhol, but it’s very similar to the way Warhol would appropriate a Campbell’s Soup can is the way I would sonically appropriate a Ray Charles sample or a Michael Jackson sample.

“Right now it’s a fight against the separation and constant dumbing down of culture, and I’m standing in the middle of it. So if you know what people say are my lowest moments, those moments where I sat and saw them try to dumb down culture, and I would not allow it to happen on my clock.

“But I thought it was so important to get close to the artists who worked so hard on making a usable form of art—like this furniture right here, like everything that is in all these rooms that inspire us so much—and I fight in my position of being a very commercial celebrity boyfriend, I fight to push culture forward every chance I get. And I only frown because paparazzi ask me dumbass shit all the time, and I think about changing the world, and I think about what I can do to make things better.”

I know not everything should come back to Kim Kardashian but that’s the nature of the beast right now for Kanye. How can he get up on stage and talk about the dumbing down of culture and not think that his family-in-law has a lot to do with that? Kris Jenner has got to be tugging at her collar and giving some major shifty eye right about now. Remember the episode where Khloe had to judge the odor of Kim and Kourtney’s pee after they ate asparagus all day? Ya, our culture couldn’t possibly be any dumber after that, could it?

But he’s fighting! Don’t throw him in with the Kardashians! It’s not his fault his dating the greatest famewhore the world has ever seen. He’s all about changing the world! So what if he’s a very commercial celebrity boyfriend! Honey, your mouth makes you a commercial celebrity boyfriend – not Kim. If you kept your trap shut and your tears in check we wouldn’t give a shit.

But there it is. Kanye might be marrying into it but he’s ragin’ against that reality machine. Is this dude the biggest hypocrite ever or is the new Kanye West rant beginning to help you kinda, maybe, quasi see his jacked up side of things?