Kanye West Claims Kim Kardashian is MOST Intriguing Woman in the World — And More Influential than Michelle Obama! (VIDEO) 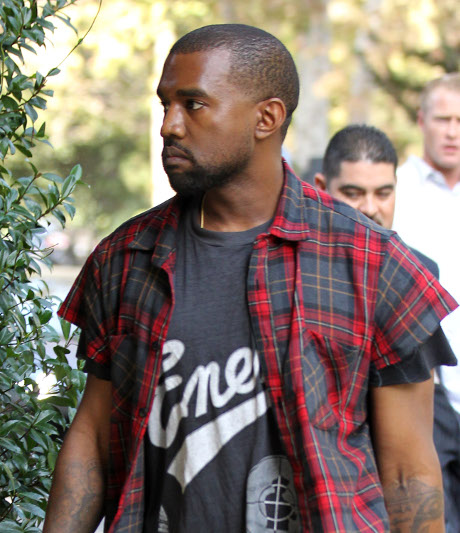 Kanye West has been making his interview rounds lately and has been talking a lot about his proposal to Kim Kardashian, as well as the possibilities of a televised wedding. In a recent interview with Ryan Seacrest, Kanye confessed that he was a bit worried as to whether or not Kim would say yes. So, Yeezus is a normal human being! He does get scared!

“I was nervous,” West admits. “I was talking to her cousin. I was like, ‘I don’t know, what do you think she’s going to say?’” He said that he always had his eyes set on Kim Kardashian and just knew that he wanted to be with her. He adds, “I just knew I wanted her to be my girl for a long time,” noting, “I remember I saw a picture of her and Paris Hilton… and I remember telling my boy, ‘Have you seen that girl Kim Kar-dijon?’”

But that’s not all Kanye had to say about Kim. He went on to say that he thinks the Kardashians aren’t treated with respect among Hollywood circles. I mean, that’s probably because the Kardashian’s biggest talent is raking in money by doing next to nothing. On the issue, West said:

“When I took [Kim] to the Met Ball… they put it up on Vogue.com and tried to say she wasn’t there because they didn’t want a reality show girl there.” He continued, “We’re classist. We have our cool table, and there’s no way Kim Kardashian shouldn’t be on the cover of Vogue. She’s like the most intriguing woman right now.”

If you can handle four full minutes of Kanye, then consider checking out the interview below! There’s also more juicy details in the audio version below the video.