Kanye West Blatantly Flaunts the Law and Attacks Another Photographer – Why Isn’t He In Jail? (VIDEO) 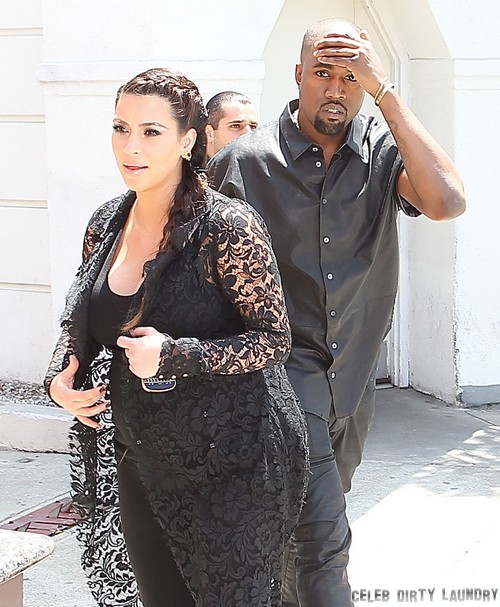 Kanye West had a little accident earlier. As we covered, it was a simple accident that surprisingly could have happened to anyone. So why did Kanye feel that he was so special? He must’ve believed his PR too much if he honestly thought the paparazzi wouldn’t take picture of a celebrity walking into a clearly visible street sign.

His verbal and physical assault on the paps was completely uncalled for. This was their money shot. In other words people who trail behind through rain and snow in order to pay their bill got a sweet deal today. Hell, the right photo could be a year salary for them. So I don’t blame the paparazzi for photographing a grown man walk into a pole; I’m pretty sure it didn’t just miraculously appear in front of him.

In other words, there’s not one damn good reason this volatile prima donna should ever have had to attack the photogs. Who does he think he is?

I mean what kind of a man tries to grab and destroy someone else’s property?   Oh yeah, the same man that manages to skate from the very same charges within two months of each other. Those who don’t know; Kanye was charged with one count of misdemeanor vandalism, one count of grand theft and one count of battery back in September 2008. Nothing came of it even when he was arrested again in November of that same year… for very similar charges. Yet somehow all the charges were either dismissed or quietly evaporated.

So he hates the papparazi that come with fame. Fine! Don’t accept the free publicity that sells your records, keeps you relevant, and pays for that horrible wardrobe. He could be end up all right. Eccentric but all right.

Only one problem. He takes his temper out on everyone. He attacks his fans. He insults his friends and colleagues:

He insults the whole music industry. Referring to the business side, the one that insures the artists remain employed, as racially charged masters. Is there anyone or anything this guy won’t insult or offend? I mean just read his comments during a paid concert.

“Can I sell a drink for you, please?So you can help me put on a better show. Please corporations. Can you please support me? I swear I’m a nice n—- now. I swear I’ll put the pink polo back on. I swear to you. Please. Just for three million dollars. I need it so bad. I need a new pool in my backyard. I tell my fans your sh– is cool. And if they believe in me they should also believe in you. What’s my public rating now? Are they liking me again? They forgot about the whole Beyonce thing right? Okay, cool.”

No wants to listen to this crap. Especially when they paid over a hundred dollars per ticket. Here are some hard truths. The fact that the producers and managers hound him is because they have to rake in the money for any lawsuits coming their way. How else did Kanye escape his third strike?

This wouldn’t matter if he wasn’t going to be father. He honestly will have a say in an impressionable human being. And don’t think Kim Kardashian will be able to reign him in. She was there today and she didn’t do squat. In two months he will be a father. Am I the only one worried?

NOTE: VIDEO IS NSFW FOR LANGUAGE