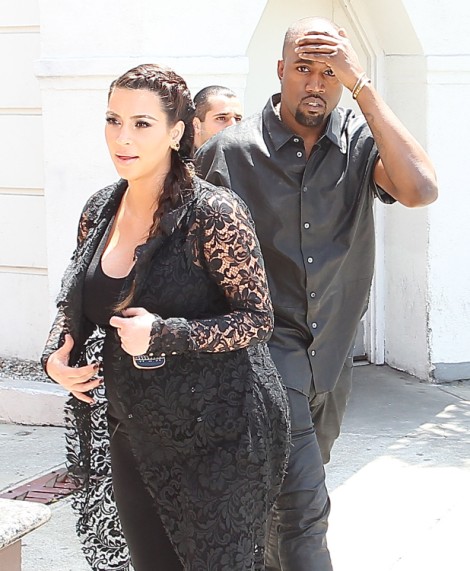 So maybe, just maybe, sometimes it’s helpful to have famewhores for in-laws? According to reports, in an effort to promote his new album, Kanye West is utilizing two of Kim Kardashian’s right hand men – Jonathan Cheban and Scott Disick. Both will star in his upcoming video which is loosely based on the cult film, American Psycho. If you’ve been following Scott Disick for awhile you’ll know that he likes to think he looks like the Christian Bale/Jason Bateman character in the movie. The video will focus on the scene where Christian Bale’s character kills Jared Leto’s character in his pristine white apartment while listening to Huey Lewis. You guessed it. Cheban is Jared Leto in this case – and ONLY this case.

Page Six reports the viral clip is aiming to market Kanye’s album in a “nontraditional way”. So it looks like Kanye is getting into bed with the Kardashians in more ways than one. This clearly explains the birthday invites. I couldn’t for the life of me figure out why Cheban and Disick were invited to his birthday party in NYC over the weekend. But now I get it. They’re working buddies!

Is this a sign Kanye is selling out? Is he that desperate? We’ve reported before that he’s super nervous the album will bomb because there aren’t many (if any) radio-friendly songs. He’s got to be crapping his leather pants if he brought Cheban on to do damage control. Is it me or is that slightly embarrassing? In all fairness, Page Six did say that Scott was his second choice. He originally wanted James Franco to star but couldn’t get him. Is this a bad sign for Yeezus?

Side note: Check out the pics below. Kanye was actually spotted leaving Kim’s house this morning. So they’re still together… for now.