The Kardashians have once again released their annual Christmas card. These bat-heads turned into the Bitches of Beastwick this time around, posing in “carnival-like room filled with dollar bills, a sparkling gold money sign, mannequins and photos of the family members.”

The Christmas Crackheads strike fake poses every year to cash in on the Christmas hype, much like Boney M and their godawful pop chants from hell. However, this year the Kardashians managed to destroy Christmas for the rest of eternity.

Kim Kardashian, Khloe, Kourtney, Kris Jenner, Kylie, Kendall and Bruce are all dressed in black, almost like a bunch of exorcists on their way to a Christmas party at Chucky’s house. 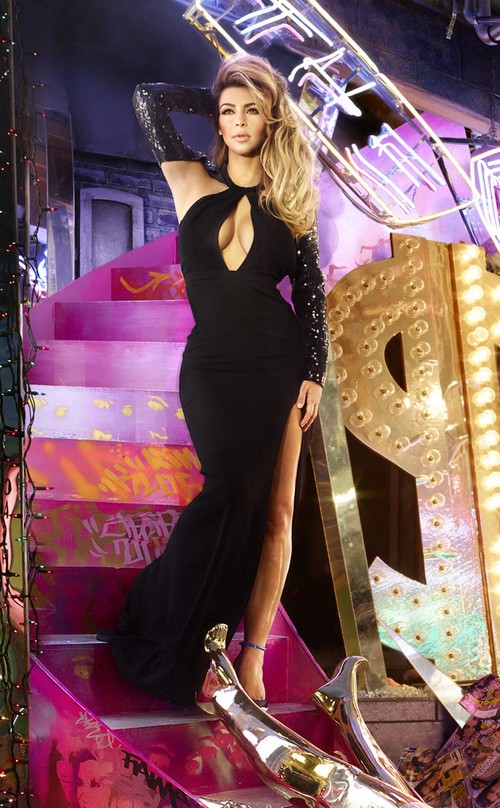 E! Online broke our brains with their apt description of the Christmas Crackheads:

The whole family is dressed in black, with Kim standing on a staircase in a cleavage baring, body-hugging dress, while Khloé lounges on a chair in a sparkly black dress with Kourtney’s son Mason draped in front of her. Kourtney, meanwhile, is standing near Khloé, holding her daughter Penelope, who wore a cream, flowy dress for the occasion. Kylie and Kendall strike fierce poses while standing on top of some of the dollar bills, with Kendall showing off her gorgeous gams in a high-cut dress and Kylie giving a smoldering look in back of her. Kris is in the forefront of the shot, throwing up her hands wearing black gloves and a black halter dress that shows off her legs. And Bruce is situated in a glass case wearing a suit, with the words “cashier” in the background of the glass. 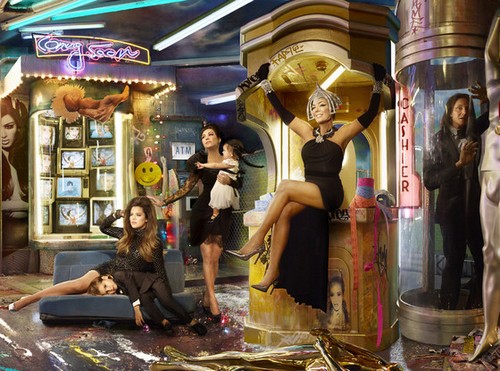 Draping children, cream dresses, “fierce poses”, Bruce in a glass case… struggling to escape! Let’s not forget the giant Illuminati symbol directly behind Kendall and Kylie… are the Kardashian Klan trying to tell us that they are now members of the mysterious group?  Have they finally attained the status of Beyonce and Jay-Z, two other famous Illuminati. 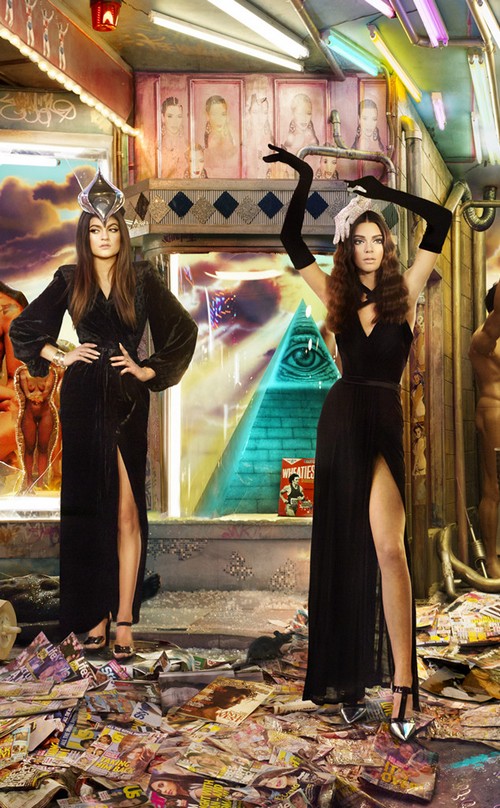 This séance after-party was shot by uberfamous photographer David LaChapelle, but don’t let this horrific monstrosity get in the way of LaChapelle’s talent.

Wash your eyes with Listerine and beer if you have to.