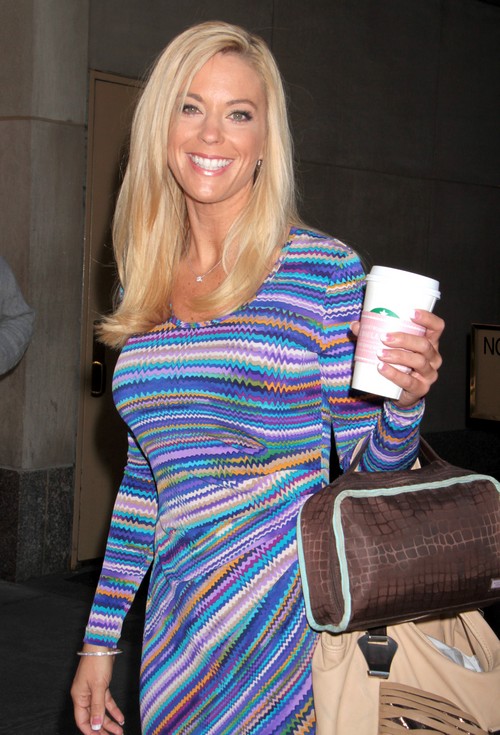 Jon Gosselin‘s and Kate Gosselin‘s war of words continue, but in a totally passive aggressive manner. While Kate hasn’t minced her words and called Jon everything from a thief to a criminal, Jon is taking a slower burning approach. He’ll first comment on his relationship with Kate and try to establish rapport with his audience, and then he’ll slowly try to make whoever’s listening to him more sympathetic to his situation as opposed to Kate’s. Then, he’ll go in for the kill with the final insults.

Jon’s managed to land a big audience with an upcoming Oprah Winfrey taping, which means he’ll have a chance to convince half of America that he’s the good guy in this scenario. First, he starts out telling Oprah, “I wish her the best in all that she does, but [we’re] just moving in totally two different directions, just totally not on the same page at all about anything.” See: first establish rapport with the audience and make yourself seem like a genuine guy.

Then, he adds, “At this point, there is no cooperation, there is nothing. There’s two different totally parenting styles, two different totally everythings. Which is a shame, because it affects me, but it really affects my children.” He’s basically saying that Kate Gosselin is a terrible mother, and irresponsible for the way she raises her children. Uh, she’s not the person who pulled a gun on a random paparazzo dude! As much as I hate to support Kate Gosselin in anything, Jon Gosselin is infinitely worse. I have no doubt that he helped the author of Kate’s tell-all book, Robert Hoffman, by giving him private information that made Kate look bad. I’m also sure that if the kids were to live with him and his ‘parenting style’ full time, they’d probably stop going to school and live in his log cabin for the rest of their lives.

What do you guys think about Jon’s comments? Doesn’t it seem like he’s throwing Kate under the bus, but in a totally passive aggressive way? Sadly, because it’s on Oprah, most of the country will end up believing him and siding with him over that reality famewhore. It’s like picking from between the worst parents on the planet – who do you end up siding with? The irresponsible parent, or the famewhore parent? Let us know what you guys think in the comments.