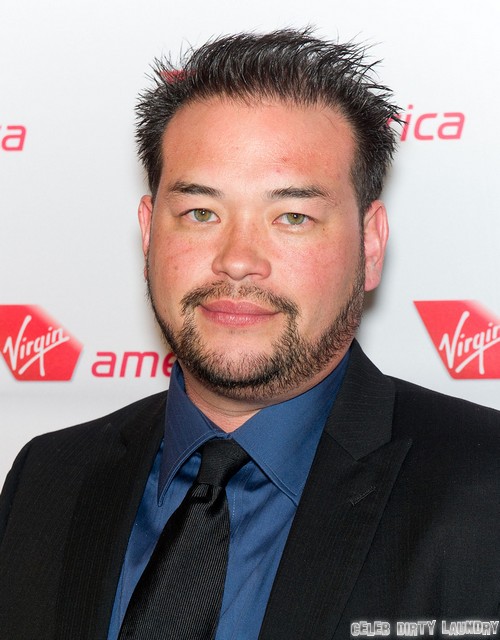 Jon Gosselin dancing? Jon Gosselin doing something that would require him to wake up in the morning and go to work? I don’t know if I believe this.

According to new reports, Jon Gosselin is planning to get ‘revenge’ on Kate Gosselin by appearing on Dancing with the Stars, provided they’ll even have him, of course. Kate previously competed on the show for its tenth season, where she was kicked off pretty quickly. Apparently, Jon thinks he can do a lot better than her and wants to humiliate her on national TV by proving that.

Sources close to Jon explained, “Jon has really been down on his luck since leaving the reality show, and he thinks Dancing with the Stars would be a great way to generate some income while also giving the public a chance to actually get to know him. He also thinks he can kick Kate’s butt.” The source adds, “Jon is tired of looking like a deadbeat dad. A stint on ‘Dancing’ would be an opportunity for him to reinvent himself.”

He wants the public to get to know him? Is he sure about that? I’m pretty sure everyone already got to ‘know’ him when he was on that idiotic reality show with his ex-wife and their children, and that didn’t go so well. Does he really want another chance to be humiliated on TV?

I mean, he should definitely do it – if only for the inevitable laughs that he’ll provide us. I mean, it’s a win-win for us, right? He wins, he humiliates Kate. He loses, we laugh at him. Whatever.

What do you guys think of Jon’s plan to embarrass his ex-wife on national television? It is stupid or genius? Let us know what you think in the comments.