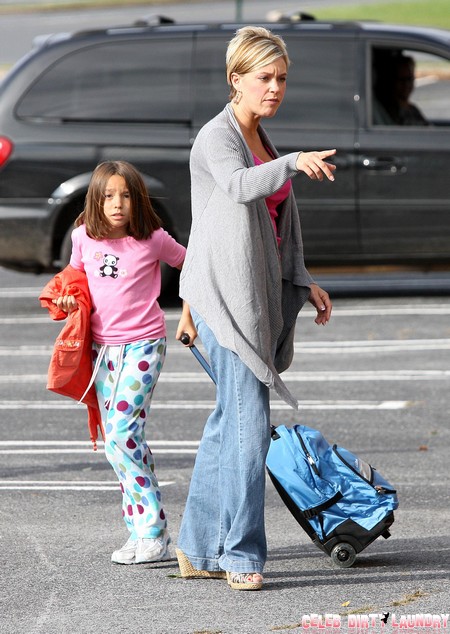 Kate Gosselin’s attempts at relevancy will never end. First she tweets about feeling old, and now she attempts to sell a book about cooking and parent/child bonding.

To her credit, at least she managed to actually write the book. However, how on Earth is she qualified to write a book about parent/child bonding over cooking? First of all, her oldest children are young teenagers, so I highly doubt that they’re bonding over ‘cooking’. Secondly, she has 8 children and several reality shows, and has now written a book – it’s unlikely she spent much time cooking for them, much less bonding with them.

Gosselin is attempting to lure in the unsuspecting to waste their hard-earned money on her book, as she’s busy promoting it on Twitter. Well, if you’re jobless enough to follow Gosselin on Twitter, I say you deserve to buy that book and waste your money.

She tweeted, “Have you heard? #LoveIsInTheMix is avail for preorder.” Love Is In the Mix sounds like a rehashed version of Chicken Soup for the Soul, except much cheesier. Because there are people who follow Gosselin and take her advice, for whatever reason, Gosselin has been re-tweeting messages from her fans all week. One fan even wrote, “Kate, congratulations on the book! I think it will give my mom and I plenty of cooking/bonding time together. We’re both big fans.”

Good luck with that, anonymous Tweeter, you’ll need it. Seriously, who’s planning on buying this, and why would you want to?? Gosselin’s fifteen minutes of fame should have ended years ago, but she’s still managing to hang on because of people like this. Why would you want to a buy a cookbook/child bonding book from a woman who is using her children to stay famous and who makes her living off of selling her life on TV? I highly doubt that’s the kind of advice that would help ANY mother/daughter relationship.

Editor’s Note: If you are looking to Kate Gosselin for child-rearing advice maybe consider either hiring a professional nanny for your kids and a psychiatrist for yourself.