Kate Gosselin Clears Up Rumors About Her Kids Having Twitter – Scared Of Backlash? 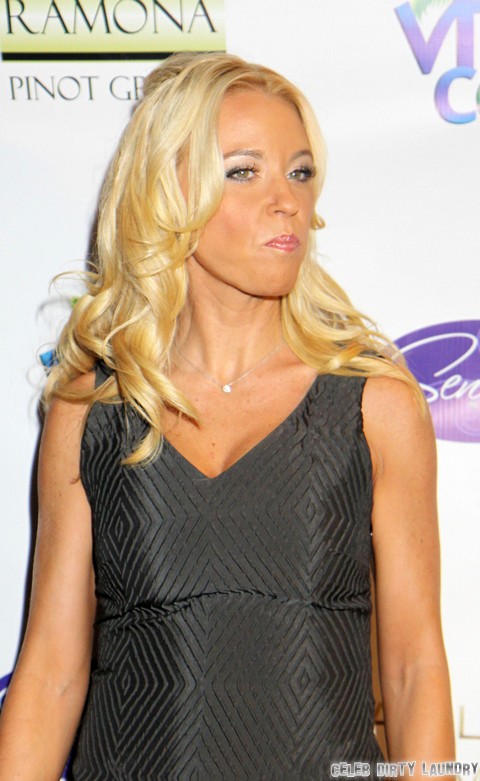 Considering that Kate Gosselin often tweets multiple times a day, I wouldn’t have been surprised to hear that she had her kids join Twitter as well. However, when a fan tweeted, “@Kateplusmy8 is the twitter handle @ MadyAndCara the legit twitter of Cara and Mady?”, Kate’s response was, “NO! My kids DO NOT have Twitter!!”

It’s actually one of the few things Kate Gosselin seems to understand about social media – that kids that young should be kept away from Twitter, especially when they’re the children of celebrities. Most often than not, stage parents will allow their child stars access to Twitter [I’m looking at you, Will Smith], and while they may be exposed to a bunch of wonderful people and encouraging comments, they are also met with a world of hate and jealousy. And often, it’s not even personal – people on the Internet just suck, a result of their ability to hide behind their anonymity.

So Kate’s vehement denial and her decision to keep her children off Twitter was a smart move. Considering the amount of vitriol that Kate often gets on Twitter on a regular basis, her children would be subjected to a lot of hateful comments and could very easily be traumatized. Besides, Kate probably knows that she would get a ton of backlash for letting her kids do that.

What do you guys think about Kate Gosselin keeping her children off Twitter? Is it a smart decision from her end, or should she let the kids make up their own mind? Sooner or later, it will be up to them, so she definitely won’t be able to stop them forever. Let us know your thoughts in the comments.