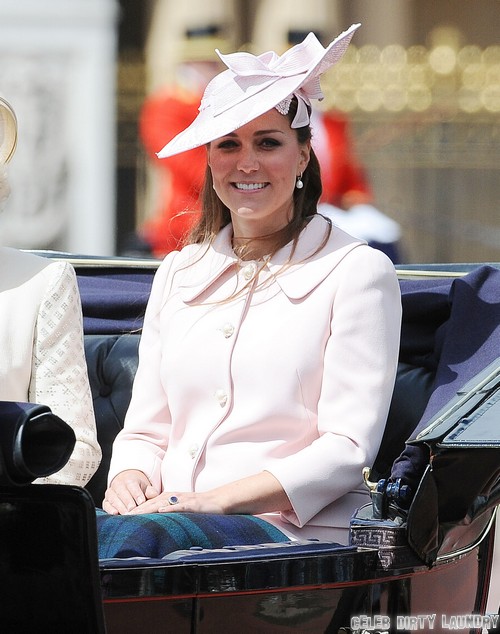 Okay, Kate Middleton is seriously having the best third trimester ever. After the issues that plagued her first trimester and the beginning of her pregnancy, it’s seemingly been smooth sailing ever since. Now, only days or hours away from giving birth, Kate was reportedly even thinking about attending the Coronation dance and music festival last night. Say what?!

Yep. According to tweets from Richard Palmer [@RoyalReporter], “Friends say Kate’s feeling really well and at one stage today was even thinking about going to tonight’s Buckingham Palace concert. In the end, Kate decided to stay home but her parents and siblings were in the VIP section at tonight’s concert along with the royals.”

She probably wanted to come, but can you imagine the media circus that her presence would have caused? Especially since she could legitimately go into labor any time? It’s probably best that she stayed home.

Charles and Camilla also reportedly spoke about the royal baby at the coronation festival, saying, “We are very excited – immensely looking forward to it and waiting for the phone call. It won’t be long now.” Well, we knew that already.  It’s very easy to envision the mad dash to the hospital that all the royals and family members will make when the call comes that Kate’s gone into labor. Obviously, Prince William will be first. But who else? For the privilege of saying they were in the room when the baby was born, I’m sure all of them.

What do you guys think about Kate being active and out & about right before her due date? Are you looking forward to the royal baby being born? And when do you think it will happen? Let us know your thoughts in the comments.