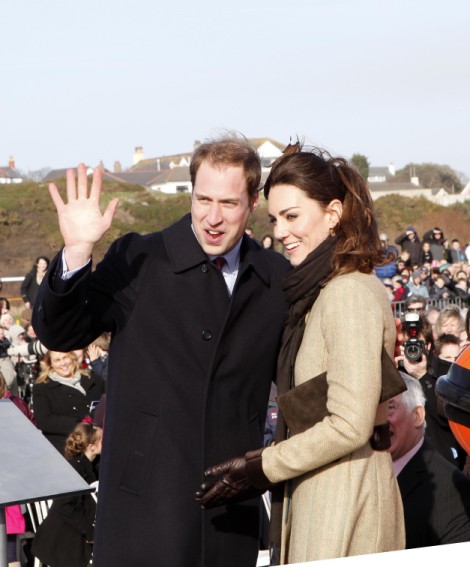 What is that old saying about loose lips sinking ships? It sounds like Kate Middleton’s favorite uncle, Gary Goldsmith is about to learn all about this concept. It seems the Brit made the near fatal mistake of sitting down for a candid interview with Hello Magazine, a British newsstand staple. In it he discussed how broken-hearted Kate was back in 2007 when she and Prince William first split up. He claims she stayed at his mansion and spent a lot of time pacing while talking on the phone near his pool.

During their split William cheated by dating a string of other hot women including Lisa Agar, Ana Ferreira, Tess Shepherd – as well as society beauty Isabella Anstruther-Gough-Calthorpe.

At this point in her life, Kate works overtime attempting to keep her private life under lock and key. According to the April 8th print edition of Life & Style she is devastated that Gary would talk to the press about such a difficult period in her life. Prince William has a temper and wants nothing more than to angrily confront Gary but Kate is insisting on taking care of the situation her way.

The last thing that Kate needs right now is any sort of drama or negative press circulating. She is trying to remain in the Queen’s good graces and she knows that’s exactly where she needs to be in order for her husband to ascend to the throne. She’s really tired of having to either explain away or account for her family members’ bad choices. As for Gary, he may have been the favorite uncle before, but now Kate and William trust him with nothing. He’ll likely not even receive an invite to their baby’s Christening.

Why do you think that Gary betrayed Kate? Do you think he even saw it as that? Tell us your thoughts in the comments below!