Did Kate Middleton Call Her Baby Daughter A Dog?

BY Page Morgan on March 7, 2013 | Comments: one comment
Related : Kate Middleton, The Royals 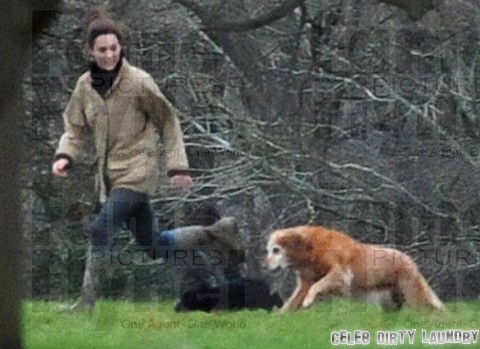 So, did Kate Middleton accidentally reveal that she’s having a baby girl? Or is anything the palace ever does really “accidental”?

Firstly, she was caught in an outright lie when she was questioned right after the slip:

‘Then she stopped herself. I leant over and said to her: “You were going to say daughter, weren’t you?” She said: “No, we don’t know!” I said: “Oh, I think you do” to which she replied: “We’re not telling!”

So, which is it, Kate? You either don’t know the sex of your baby or you’re not telling.

Obviously, they know, and they’re simply not telling.

But was it really the word “daughter” that Kate almost slipped out? More than likely she was about to say “dog” and stopped herself just short because she realized how rude that sounded. Seriously, she was probably thinking: “Thanks for this freaking ugly bear – it’ll be great to give to the dog.”

Which leads me back to the first point: the palace hardly ever does anything “accidentally.” This is all the world is talking about right now when they talk about Kate: “It’s a girl!”

Nice attempt at making the public forget all the negative press Kate’s been receiving lately for her permanent vacation lifestyle. And the fact she took a $20,000 helicopter ride just to get to work yesterday, all at the taxpayer’s expense. Think of how much just donating that amount of money would’ve helped those people, rather than a quick visit from Kate where all she does is smile, flip her hair, flash her ring, grin like a madman and then leave to wash herself off from having mingled with the masses for an hour or two. As if it’s not obvious that the palace PR spin doctors told her to “accidentally” let slip that she was expecting a girl. Now everyone will be buzzing about the new princess and not about what a lazy wastrel Kate has spectacularly proven herself to be. 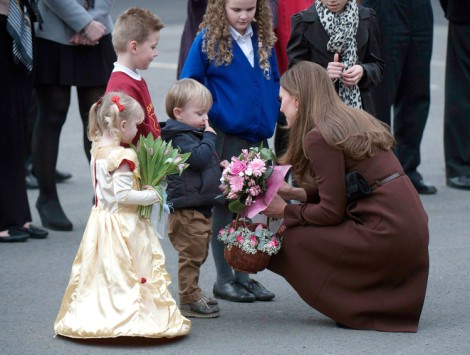 So, which is it, Kate? You’re either having a girl and were told by the palace PR goons to give the public a hint that you’ll be having a daughter to make them instantly forget your lazy ways and gossip about that now. Or you’re thankful for the ugly new teddy bear that you can give to your dog. Either way, you still look bad. Fail. Epic Fail.