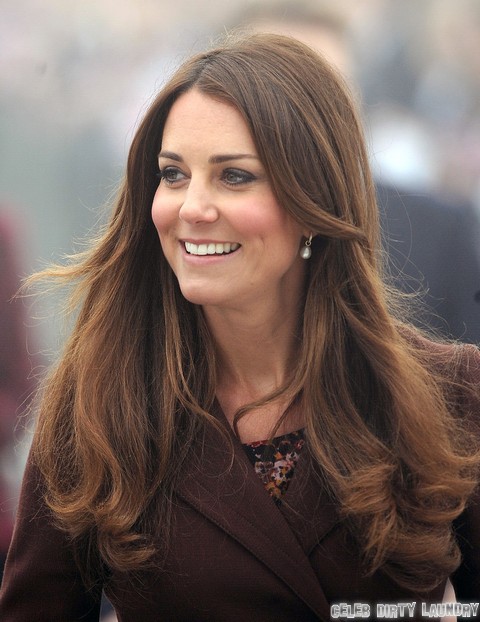 Kate Middleton was late to “work” today – her excuse: fog. And of course with the fog being so thick, she couldn’t drive to work, could she? Of course not! Who would dare do such a dangerous a thing like that?! So, like most people when facing poor visibility during the morning commute to work, she took a helicopter. At the cost of £12,000 to the taxpayer. Not to mention the damage a helicopter ride does to the environment.

Um, why couldn’t she just take a damn train and get there on time?! Not only that, but a train is safe, cheap and environmentally friendly. Seriously – are the palace PR people really that stupid to not have thought of that? Or maybe they did and Kate screamed: “No way! I am NOT sitting with the peasants, even if it’s in the first class cabin!”

And after all that effort to get to Grimsby, only a few hundred people turned up to see her – in a town of 90,000. And don’t tell me it’s because most people were at work. Ha. Grimsby has one of the highest unemployment rates in the country. They probably just didn’t have anything better to do.

As predicted, you can see Kate lording her lovely tan, courtesy of her lavish holiday in Mustique, a place these poor “peasants” will never be able to afford to visit.

The funniest part of all is Kate chatting to unemployed youth who are working to gain confidence in team-building, job searching and CV writing skills. Firstly, Kate has none of those skills. The only thing she dogedly pursued was Prince William for ten years. And Kate’s never had to fill out a resume in her entire life. Her “jobs” before she married Willy were as an Accessories Buyer at Jigsaw, which she only got because the owners are close friends with her parents and they all holiday on Mustique together – awww, how cosey. And then, of course, she worked at her parents’ firm. Duh. Of course they have to hire her, even with her anorexic resume.

And team-building?! Puh-leeze. Kate chased away any girl – or even any guy – who posed a threat to her pursuit of Will. No wonder she hasn’t got any friends – especially girlfriends. It’s like on The Bachelor – everyone knows you never pick the one girl who has no friends in the house. Duh. It’s common sense. She’s a conniving, backstabbing, b**ch who can’t get along with other girls and thinks they’re all competition and pose a serious threat to her claiming her princely prize.

And secondly, most of the young people there were probably forced to attend by their mentors, as the youth unemployment scheme is run be The Prince’s Trust.” Haha.

Here’s to wondering if she’ll fit in another holiday for some much needed R&R after this stressful royal away day in Grimsby before her next engagement on March 17th with Willbur.