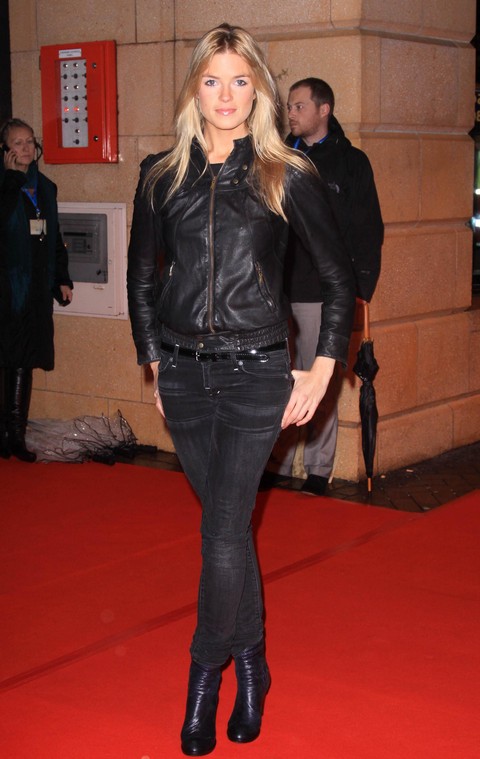 Is Waity Kaitie coming into play here? According to a new report from People Magazine, Cressida Bonas is NOT included on the list of people that will be attending Prince George‘s christening,

This could be counted as one of the most important royal events over the next year, but Kate Middleton is clearly telegraphing to Cressida that she doesn’t think that she’s quite ready to attend such an momentous occasion with Prince Harry. Of course, People’s source also adds that inviting Cressida would be ‘tantamount‘ to admitting that Harry and Cressida are engaged – which is clearly not true if she’s not even invited to the Christening.

Of course, we’ve come up with our own reasoning for this. We know that Kate has never been all that happy over Harry’s relationship with Cressida. Sources have always claimed that Kate thinks that Cressida will hurt Harry in the long run, which is odd because you’d think it would be the other way around.

Alas, it might also be because of Cressida’s relationship to Isabella Calthorpe. You remember Isabella Calthorpe, Cressida’s half-sister, don’t you? Socialite, budding ‘actress’, and a thorn in Kate’s side from the moment Kate and William met. It was rumored that the longest break that Kate and William ever took before they got married was when William was pursuing Isabella, even though the rumors were never confirmed. Isabella is still the one person that reportedly causes Kate to turn green with jealousy, if only because of her supposed dalliance with William.

As a socialite and someone who travels in the same circles as Isabella Calthorpe, Cressida and Isabella are still close – apart from being family. However, that may not have worked in Cressida’s favor in this case, especially since it seems our dear Kate still holds grudges.

What do you guys think? Do you think Kate snubbed Cressida because of her friendship with Isabella, or did she simply not want people to assume that Harry and Isabella were engaged when they weren’t? Let us know your thoughts in the comments.