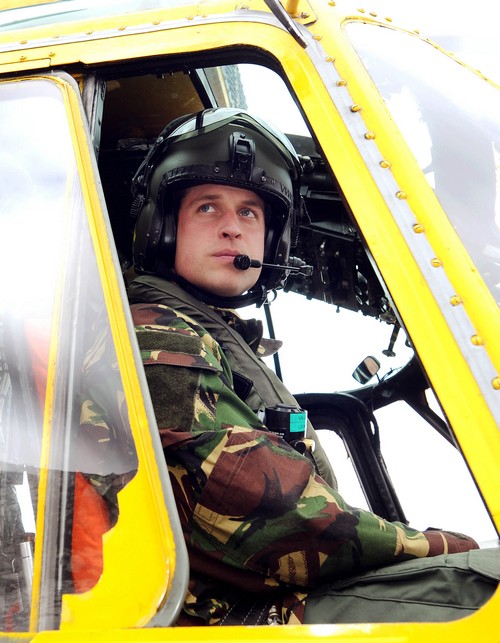 As Kate Middleton’s due date draws closer and closer, the royal family is taking all the precautions necessary to prepare for the birth of the royal baby. Prince William in particular has been prepared with every contingency plan, and he has a helicopter on standby if Kate goes into birth before her scheduled due date.

Unfortunately, William is on duty this week with the RAF, but at least  he has the helicopter to take him wherever he needs to go on a short notice. If Kate were to go into early labor, he would be able to cover the 288 mile distance between the base and St. Mary’s hospital in Paddington within an hour and a half.

With five days left before Kate’s due date, the anticipation has been building across the media. In addition to preparing for all emergencies involving the birth itself, the royal family and their staff should also make sure to have a proper security detail outside of the hospital. With this much scrutiny and attention, and the name and address of the hospital being readily available online, it’s a recipe for disaster if the proceedings aren’t under control.

Still, it’s sweet that even though Will has to spend time away from Kate, he’s ready to go to her at a moment’s notice. He’s also lucky that he’s Prince William, because you can bet that most normal expecting fathers wouldn’t have that option of travel if they were away from their wife and there was an emergency.

Are you guys excited for the birth of the royal baby? What do you think of the Will’s helicopter plan? Do you think Kate Middleton will have an early birth or will it be according to the due date? And which family do you think will be at the hospital first, Queen Elizabeth and co or the Middleton family? Let us know your thoughts in the comments.