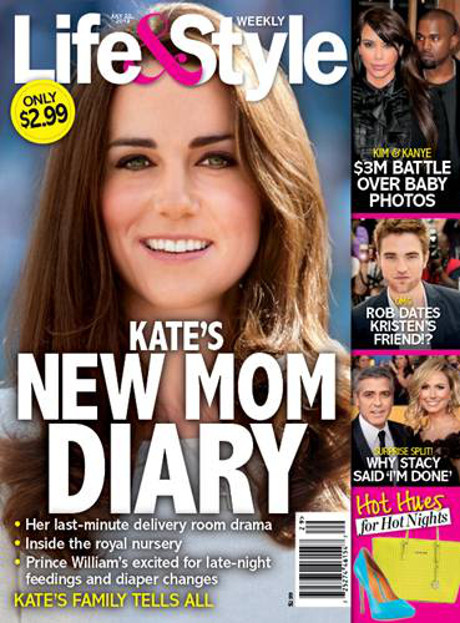 Kate Middleton‘s royal baby is due any day — this Saturday if you want to get technical. But Kate’s cousin, Lillian Lowers, has spoken out to Life and Style Magazine, claiming that she thinks the baby will pop into the world a few days early! Photographers are already swarming the hospital where Kate Middleton’s expected to give birth because they know that an expected due date is never set in stone, and they want to cover their bases.

“I think it’s going to happen in the next few days.” Lillian exclusively tells Life & Style. “No one could be more enthusiastic than me.”

Lillian is from New South Wales, Australia, and is descended from Kate’s mother’s side. In other words, she’s probably one of those cousins that Kate’s not on the phone with every other day, getting all sentimental, and having long hours of girl talk with. Though, we could be sorely mistaken.

Other family members are also getting stoked about the arrival of Kate’s baby, including William’s aunt Sarah Ferguson, Duchess of York, who told the magazine, “It’s very exciting. Any new birth is exciting news.”

This full story will appear in the upcoming edition of L&S, which hits newsstands tomorrow. The edition will also feature stories on Robert Pattinson and Kristen Stewart’s tumultuous relationship, the recent split between George Clooney and Stacy Keibler, as well as an article commenting on the ongoing battle for baby North West pics — the price of which continue to escalate to astronomical sums.