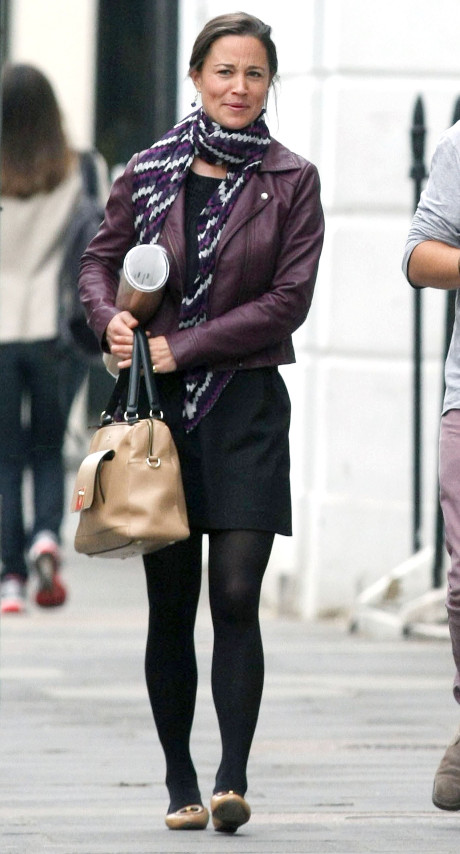 If you’re a royal news buff, then you’re certainly aware of Pippa Middleton‘s proclivity to steal her sister’s delicious limelight — even while Kate Middleton‘s currently undergoing one of the biggest news stories of her royal life. The exact reason why Pippa’s so fascinating to the world still remains a slight mystery, but ever since she glided down the aisle with her sister at that royal wedding, people simply can’t get enough of the PIPPA. While she’s not a problem to all of us necessarily, the Royals view her as a threat. What on earth are they going to do about their Pippa problem?

Pippa isn’t exactly British Royalty, and never will be, yet she continues to play an ever-present role in the national dialogue involving the British Royal Family. So what exactly is her role in this confusing landscape, one that really only has time and room for a certain group of people? Nobody really knows, including Pippa, who’s simply trying to find her niche in the world. She seems sort of like a lost puppy #sadface.

While she tried her hand at finding a hot aristocrat to take her hand, all the guys she’s dated, including George Percy, simply can’t handle the never ending media swarms that follow her. The paparazzi are relentless.

“Going out with Pippa is a complete nightmare,” a friend of the Percys told me [The Royalist] last summer, when there was a riot of press speculation about Pippa’s relationship with George. “None of that lot wants to go out with her because of the press coverage that comes with being with her.”

So how will Buckingham Palace handle their Pippa problem, which really isn’t even their problem — but, you know, it kind of is? While the Buckingham Palace makes a strong effort to tell enquirers that Pippa has no involvement or rank with the palace, and receives no special privileges, they sure do keep a keen eye on the always wandering socialite.

Will she eventually snap, break under the Royal pressure to stay quiet and poised, and unleash her Pippa craziness on the world, completely eclipsing her Royal sister and brother-in-law in the process? Some people think she’s acting out because Kate’s refusing to let her announce her future engagement . . . .