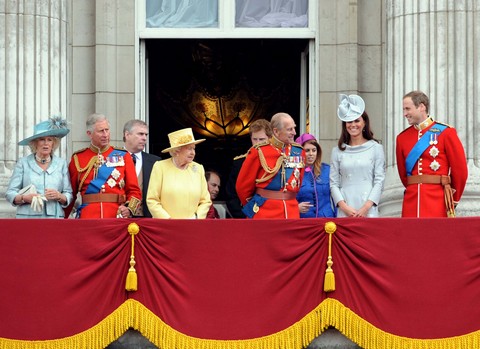 Prince William may not be in the mood to concede that his wife Kate Middleton has a daunting delivery ahead. Of course, Prince William maybe right about now a ball of nervous jitters. If anything can arouse a man’s mental state of mind it’s the love/joy and undesired anticipation of laborious childbirth contractions for his wife.

Unless, a C-section is performed Prince William does need a strong backbone in the midst of the joy and pain, an even in that case it won’t be easy. In Kate’s private and privileged oasis Prince William has a special challenge – to do things right to champion his wife and baby across the finish line. Not to mention, how many fathers do you know that are prepared for fatherhood?

Prince William is one exception having received doctrine from “antenatal guru” Christine Hill described by The Telegraph: “pediatric and obstetric physiotherapist, author of two meticulously researched books on pregnancy, and legendary antenatal teacher.“

More importantly, Prince William has acquired from Christine Hill some definitive knowledge about the birthing procedure and the efficacy of Kate coping with pregnancy, labor and the first weeks of being a mother. After childbirth do we expect some significant differences in Kate’s personality and her public appearances?

In either event, Prince William has to keep a special royal backbone and continue to give and show his wife all his love and attention. In view of there being nurses around the clock Prince William may not need to do things such as change the baby diapers or stay up a few nights to reinforce his position as husband and father.  Not that this would be too much to ask of a strong, intellectual and brand new father?

Incidentally, we want Kate’s perception of childbirth to be a paramount and triumphant heart-felt experience. Anyhow, do you think Prince William’s aim is to be strong and flex his backbone with expressions of that, as he surrounds his new baby and wife with love and joy?