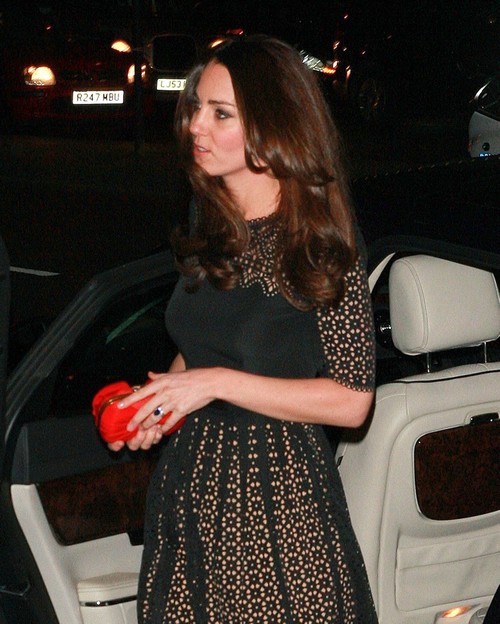 Prince William made headlines when he ended up singing a duet with Bon Jovi on stage, but where was Kate Middleton? She made an appearance at a charity event, which was reportedly a fundraiser for Sports Aid, so it’s not like she wasn’t in town. However, Kate’s not one to over-expose herself to the public, and she has Prince George to take care of at home.

Plus, would she rather attend a sports fundraiser, being an avid follower of sports, or hang out with Taylor Swift and other musicians for the night? Smart money is on her wanting to spend time with her husband, but both she and Will seem to have worked out a system where at least one of them is at home with George at all times.

Will and Kate are also sparing with their public appearances, and they don’t tend to appear together unless it’s an event that’s very important. The Winter White Gala was a big event for sure, but big enough for both of them to leave George at home and make an appearance? Yes, Will singing on stage with Taylor Swift and Bon Jovi probably won’t happen again any time soon, but is it that big of a deal? To the public, probably yes, but not to Kate – who’s to say she doesn’t get own private performances at home?

What do you guys think is the reason that Kate missed the gala? Is there a limit to her appearances per week? Did she just want to stay at home with George? Let us know your thoughts in the comments.