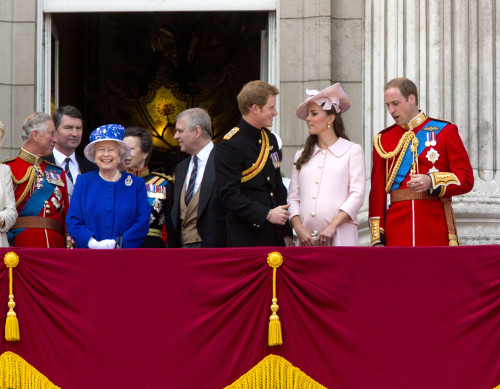 Kate Middleton, the Duchess of Cambridge, has two months before her baby arrives and the royal has chosen where she’s going to be giving birth and despite speculation she may go outside of London, St. Mary’s hospital in Paddington is said to be the location of choice. Just like her late mother-in-law, Princess Diana, Catherine will give birth to the future monarch on the Lindo Wing of St Mary’s, where Princes William and Harry were born as well, according to Radar Online.

While nothing has been confirmed, Kate has purchased a light blue buggie, sparking speculation it could be a little boy for the royal couple. Kate and William could be planning to break royal tradition after the birth, with Kate planning to live with her parents for her first weeks with her newborn. With all the help from the palace, it is strange Kate will move in with her mother instead of her parents moving into the palace. Could there be royal tension amongst the family?

Kate mother’s Carole is reportedly pulling out all the stops for her first grandchild. What mother wouldn’t be excited her daughter is having their first child and an heir or heiress is just an added bonus? The bonding between a mother and daughter during pregnancy is a wonderful time and Carole and Kate both love preparing for this new arrival along with the world.

With all the excitement Prince Harry may have let the baby’s gender slip saying the child may be a son –according to The Holloywood Gossip. The news from Harry does coincide with the light blue buggie Kate purchased or is Harry’s making up crazy suggestions and winding them up just to be heard and to overshadow big brother Prince William.

Some other big questions about the royal baby include when and where the Duke and Duchess of Cambridge will give the world its first glimpse of the future monarch and how the palace will announce the royal birth. We will just have to wait and see; however, if Kate and William follow tradition, the royal baby will be introduced to the world on the steps St. Mary’s Hospital. Who is anticipating the Kate Middleton birth?