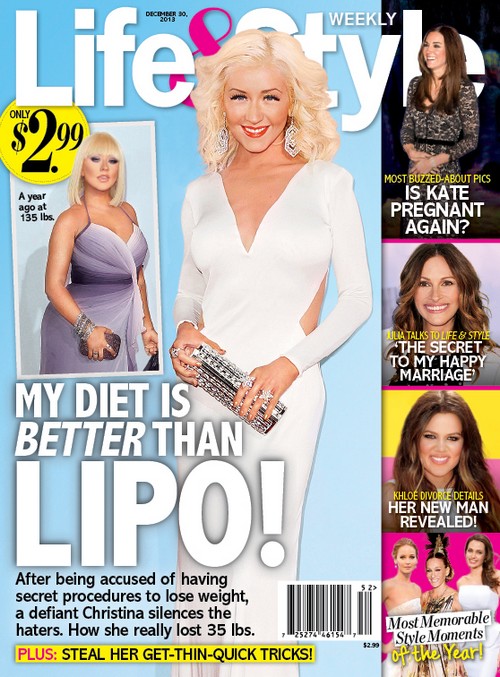 It has taken a few months to get her feet under her, but it seems like Kate Middleton has finally found her groove in juggling being a new mom along with her royal duties. She has had some ups and downs along the way. She dared to leave the house with gray roots and reportedly had to fight her way through a bout of postpartum depression after giving birth to Prince George before finally landing on her feet, with a tiara on top of her head at a recent formal outing.

According to the Dec. 30th print edition of Life & Style recent photos of the Duchess of Cambridge are leading to speculation that there could be another bun in the oven. Kate and Prince William have reportedly told friends that they are on a 5 year plan, meaning that they want 3 kids within that time frame. If that’s in fact the case then having another baby late next year would certainly fit into that plan. Do you think that Kate would really be ready for another baby this quickly?

Julia Roberts seems to have one of the better Hollywood marriages. She’s smart enough to fly a little below the radar and to keep her kids out of the spotlight. She’s also willing to share the things that she believes have led her to a happy marriage and she is sharing them in the latest issue of Life & Style.

This time last year Christina Aguilera was the punchline for jokes as her weight seemed to be completely out of control. Now she is back with a vengeance and in tip top shape. She insists that her diet is better than any liposuction and she’s ready to spill the beans on what has worked for her. Do you believe that Christina has lost the weight the good old fashioned way? Tell us your thoughts in the comments below!