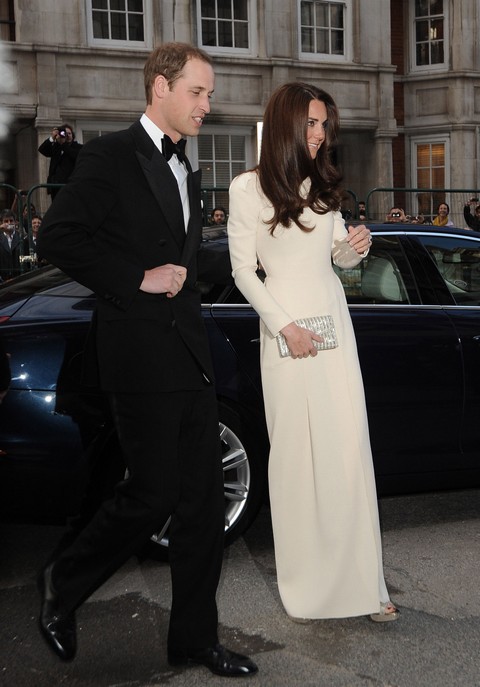 Kate Middleton may not be due to give birth until July, but that doesn’t mean preparations for the royal baby aren’t already beginning! As he is second in line for the throne, Prince William’s offspring necessitate top-of-the-line security innovations, which currently means that Kate is all-but under house arrest, and is allowed out briefly for royal appearances before being sent back to bed! While the expecting parents are focusing on Kate’s health, their royal security are busy prepping for July, ordering all manner of normal baby supplies—gas masks, bullet proof car seats, and a bomb proof Rolls Royce!

A security insider reported the preparations to National Enquirer, print edition January 28, 2013. “With the current tensions in the world and suicide bombers able to strike anywhere in these dangerous times, the royal family can’t be too safe,” the insider explained. The perceived risks were doubled after Prince Harry killed a Taliban commander in October while serving in Afghanistan. While royal security has adequate control of royal premises, they fear transport, and so have ordered a top-of-the-line, bomb proof car, complete with baby seats. “The seats are being designed to survive a bomb blast or a bullet but still look and feel comfy,” the insider explained. “To the untrained eye, it will be just like a normal baby seat.”

But in their typical fashion, Will and Kate want to keep things as normal or blue blood as possible! William insisted that Kate spend Christmas with her family, and is putting off his royal duties to tend to her—as any decent, loving husband should! But he isn’t willing to be so normal about his baby’s security. “They don’t want to take any chances with their baby,” especially considering all of Kate’s fertility issues! In fact, Kate’s pregnancy is doubly special—so much so that they’ve ordered two car seats! That’s right, the royal security team is preparing for royal twins! Does this mean the baby born two minutes prior will rule–or is security just trying to be extra prepared? That’s got to be a heightened battle to be first from the womb! Do you expect baby gas masks and Kevlar car seats are a bit extreme, or is it necessary to protect the royal infant?