Kate Middleton Miscarriage Risk Due To Stress Over Prince William’s Safety, Will He Choose Dangerous Job Over Baby? 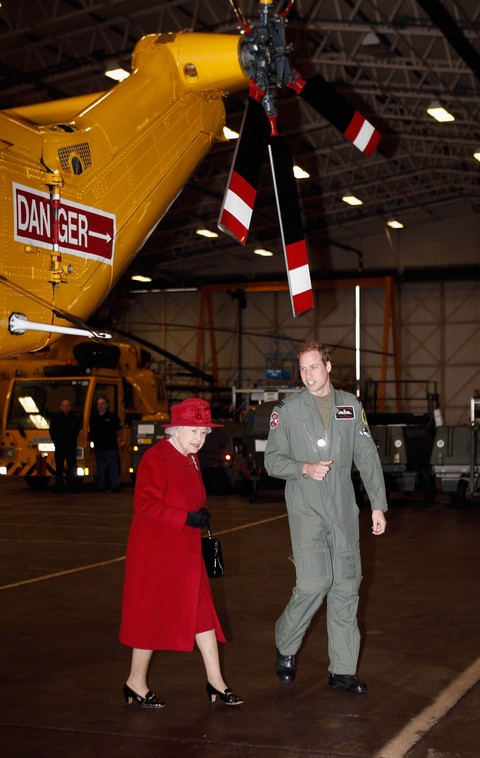 Kate Middleton is finally pregnant, but that doesn’t mean she’s in for 9 months of pampering and forgivable weight gain. The future Queen of England is far too thin, and royal experts and insiders alike fear for the baby’s health. The problem isn’t that Kate won’t eat, it’s that her body has rejected the baby and refuses to gain weight. Now she’s on strict watch, but the solution may be simpler than any doctor could have foreseen. A royal insider suggests that the stress put on Kate by Prince William’s dangerous job as an RAF search and rescue pilot is threatening the health of the baby, putting their entire family dynamic off as she fights for life.

A source reported to Star Magazine, print edition January 21, 2013, that not only is she “eating far less than normal for a pregnant woman,” she can’t keep down the food she does consume! She’s in the best and worst possible position—best because she has world class doctors attending to her, and worst because the world is watching, and the burden is hurting her baby. But it isn’t just her caloric intake and dehydration risk that’s putting her pregnancy at risk, it’s husband William!

“It’s that kind of daily peril facing her husband that reduces Kate to tears,” the royal insider reported. “She wants him to quit the military—she’s terrified he might get killed! But William is torn between his traditional duty to ‘Queen and Country’ and his devotion to his wife.” William has not been shy about his priorities. He even abandoned Queen Elizabeth for Christmas, opting to spend it with Kate at her family’s home. But he’s also worked so hard to live a normal life, and give back for all he’s been born with. It must be hard to give up such rewarding, important work as being a rescue pilot. But with his baby’s life at stake, and his wife’s health, will he forgo his royal duties?

Kate’s health is also straining their marriage. “William confided to his father that since Kate’s acute morning sickness began, they’ve stopped having sex, fearing that it might trigger complications with the birth. William is a very anxious father to be.” I expect an expert could weigh in more than I, who have never been to medical school, but it seems like a terrible mess of emotional stress, fear, mixed with royal duties and sexual angst. Not a good mixture! As always, we must trust that the royal handlers will ensure Kate gets the best medical care, and that William will soon recognize that his duty must lie with his wife’s health, and his baby.