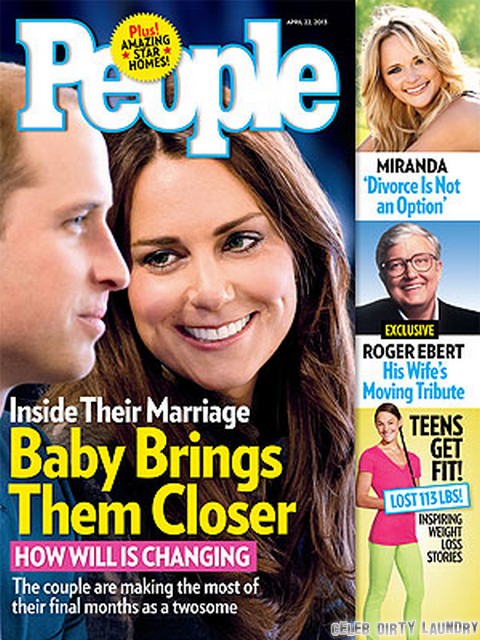 Spring is ushering some big changes for Prince William and his six months pregnant wife, Kate Middleton. Since marrying nearly two years ago William served as a pilot in the Royal Air Force and it was a job that kept him away from home for at least 10 24-hour shifts a month. While William has talked at length about how much he loves his job, he has decided that it’s time to leave it for a more domesticated life. According to People Magazine, royals author Judy Wade has said,

“He’s ready for the next step. They’ve always been close but it’s been much more pronounced since she has become pregnant,”

Kate has always been concerned about the dangers involved in working for the RAF and is admittedly happy to hear that her husband will be spending more time at home with her and their much anticipated baby.  This move also makes sense in terms of the rumors that perhaps William will bypass his father, Prince Charles and sit on the throne after the ailing Queen Elizabeth finally passes. There is speculation amongst Royal watchers that this is indeed the Queen’s wish and so William integrating himself back into a more normal life in England soon would also make that transition a bit easier when the time comes.

Prince William is also said to be reflecting on his own childhood an awful lot and is figuring out what he wants to do differently than Charles. Being a hands-on dad sounds like a step in the right direction, don’t you think? Will Kate and William make a good parenting team?  Do you think that the couple is preparing to sit atop the throne sooner rather than later? Tell us your thoughts in the comments below!