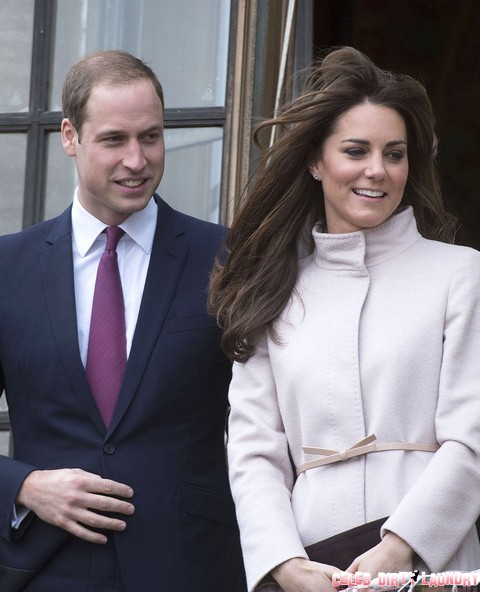 Last summer we all gawked at naked pictures of future Queen of England Kate Middleton. The Duchess of Cambridge enjoyed a holiday with Prince William in the south of France, and was caught sunbathing nude and topless by a paparazzi with a very long lens camera. The royal outrage swept the most remote corners of the earth, and Queen Elizabeth set her ravenous lawyers on the various tabloids that published spreads. We thought Kate had learned her lesson and would be keeping to a one piece swim suit from now on, but she may get ballsy while vacationing on Mustique in the Caribbean.

She and Wills are enjoying a family trip to the private island, which is a favorite of the Middleton family. But will the security and privacy fool her again to strip down to avoid tan lines? We hope that she’ll take her family’s feelings into consideration—I don’t consider myself a prude, but I wouldn’t want to see any of them tanning naked! Of course, they could leave for a bit, giving Kate and Wills some pre-baby alone time. Honestly, I would love to see pics of Kate on this trip—nude or bikini—because her baby bump is just not impressive? Dare I say conspiracy? Her tiny bulge is what most of us get after eating Thanksgiving dinner, and she’s supposed to be in her second trimester! Unless the royal fetus is going to be a tiny dainty fairy child, I don’t see how she’s pregnant at all!

Since her pregnancy news was announced, Will has been on high-alert to protect his wife. We reported that their security team was beefing up a car to chauffeur the royal infant, and the Taliban threat Prince Harry brought home with him from Afghanistan won’t let up. I don’t think the Queen would survive another nude scandal—that would be third for the royals in less than a year! Don’t forget Prince Harry’s Vegas romp! But Kate remains unconventional, and she loves the normalcy that comes with being a commoner! Will she shirk the Palace rules and shed her bikini to avoid tan lines? Whatever stage of undress she chooses, we hope she lathers up the sun screen (I’m sure Wills would love to help her again!) because pregnancy makes you extra vulnerable to burning! Has Kate learned the naked truth about royal life yet, or will a second lesson in sunbathing be needed?

Photo Credit: FameFlynet and some ambitious and daring paparazzi