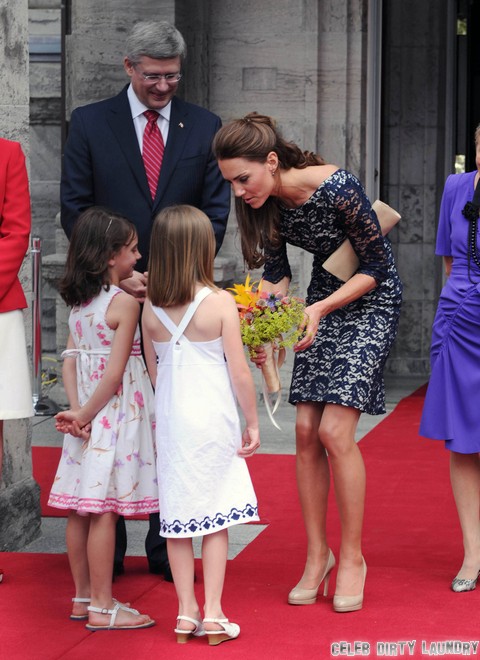 Does Duchess of Cambridge Kate Middleton have any flaws? If you don’t count her ongoing war with Camilla Parker Bowles (who is probably mostly crazy, and therefore any disputes with her are forgivable), or bickering with sister, Pippa Middleton, about her less-than-lady-like behavior, I think Kate might actually be perfect. She’s so well put together and classy—she even knows how nasty tan lines are, which is why she prefers going topless whenever possible. It isn’t slutty, it’s just good logic! But she and husband Prince William have put the icing on the cake—they’ve devoted their time to maintaining a real relationship with a handful of cancer-stricken children, and a source tells us they call regularly to check in.

The Royal Marsden Hospital gets special attention from the royal couple, who call every month to learn about how the children are. The source says that “One of the patients, 10-year-old Fabian Bates, even said, ‘When I met them, William told me to continue to be brave. I have followed his advice and it has helped me a lot as have the Duchess’ letters to me.” Their relationship with the children is obviously much more than a publicity stunt—calling in and writing letters takes time, which the royal couple doesn’t have in excess.

Kate has written Fabian “three letters, and . . . the letters have really lifted his spirits.” Color me not surprised. It is a symptom of having a mother like Princess Diana—you learn to care about people. This is so touching, and just furthers the need for any future royal daughter to be called Diana in her honor. We hope that, be the baby boy or girl, the couple will instill it with all the wonderful values Diana taught—which we’re sure will infuriate Queen Elizabeth! Are you excited for Wills to ascend the throne? Or, short term, are you looking forward to Kate’s birth?