Royal Baby Name Announcement: Kate Middleton and Prince William’s Son – When Is It and What Will It Be? 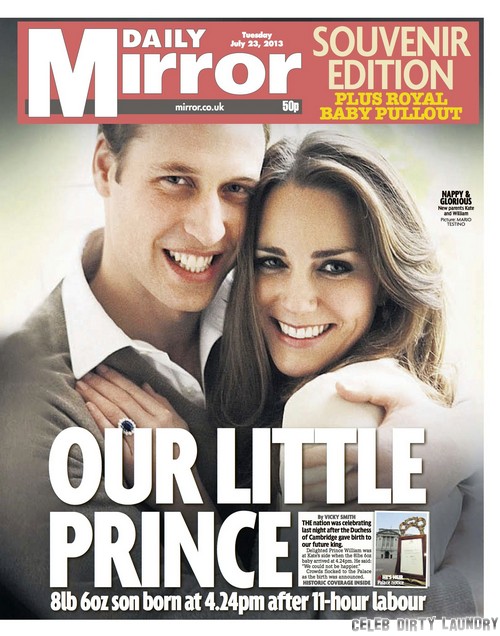 Kate Middleton gave birth to the royal baby, and we know that it’s a baby boy that weighed eight pounds and six ounces when he was born. We know the baby is healthy, and the family stayed overnight at St. Mary’s hospital and are scheduled to leave July 23 at 1 PM  EST. But when will we know the baby’s name?

Reports state that they will likely reveal the name after the hospital appearance, after the first pictures of the baby circulate around the web. In comparison, Prince Harry’s name was also announced the same day he was born, Prince William’s took a week to announce, and Prince Charles’ name was kept secret for a month. However, with the new age of social media and rapid information dissection, it will be hard to keep the royal baby’s name a secret without someone leaking it. The palace has managed to handle everything so far with a lot of care, and they’ll want to be the first ones who announce the name as opposed to it leaking. The longer they keep the secret, the bigger chance for it to leak.

What do you guys think the baby’s name will be? There were rumors that Diana would be in the name if the baby was a girl, but since it’s a boy, could they be giving him Charles as his middle name? And there are many rumors about the first name, but we know that his title will be HRH Prince Something Of Cambridge. Let the speculation commence.