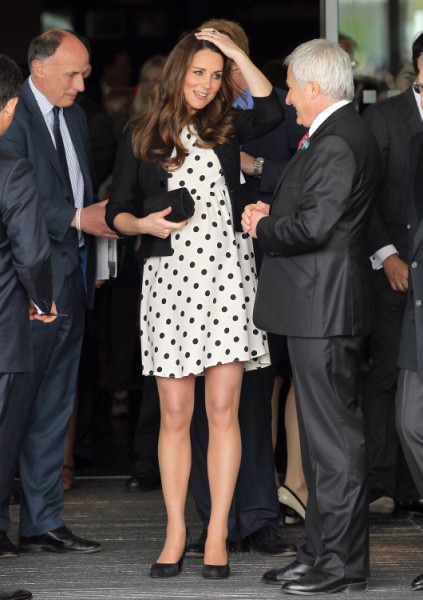 It would be so much easier if we could at least narrow this down to one gender! Damn those Cambridges for keeping everything so close to the vest. They’re still saying they have no idea what the royal baby’s sex is but we can all assume they do. Uncle Gary thinks it will be a girl but I still have a suspicion we’ll be seeing a lot of blue. So we’ve got double the guesses to work with as we wait for that royal baby. Names are difficult under normal circumstances and, as you know, this is anything but ordinary.

According to the bookies Prince George and Princess Alexandra are the two heavy favorites. I’m meh about both. I still think Alexandra sounds too Russian but the fact that it was Queen Victoria’s given name might hold some sway. Other contenders include Diana, Elizabeth, Francis, Philip, James and Michael.

Can we all just admit it? There’s no way in hell that baby’s name will be Diana. Why would Prince William do that? Another Princess Diana? Let Harry have that. Give it as a middle name. It’s just too obvious and too much. Let the kid make its own name for itself. That just seems like an awful lot of baggage to take on. And George…. I’m a history buff and, dealing with a future king, I’d have to take it into consideration. The Hanovarian kings weren’t exactly the best. Why hasn’t Albert come up? I’m not a huge fan but little Prince Albie sounds adorable. But little Prince Geordie sounds pretty cute too. What am I saying? We’re all going to salivate over the Kate Middleton baby name. Expect a huge rise in popularity to follow. That’s why I kinda want to see Princess/Prince Francis happen. Serves the sycophants right.

What’s your best guess? Will Diane be somewhere in that laundry list of a name?