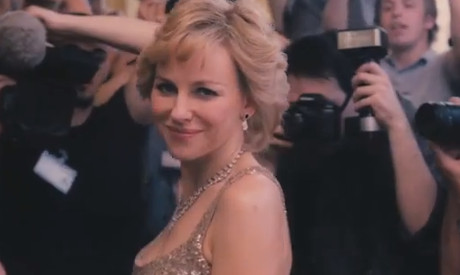 This has got to be one of the biggest royal snubs if we’ve ever seen one. Reportedly, the people  behind the new Princess Diana biopic film have banned members of the royal family — and others considered close acquaintances to Diana — from attending the premiere. Naomi Watts will be filling the Diana role.

The red carpet is set to roll out September 5th in London and nobody from the Windsor line — and we assume Kate Middleton as well — will be in attendance. Ouch. Epic burn. The distributor made an effort to say that only those who were part of the film’s creation were invited to the event; however, don’t you think the royal family and Diana’s closest friends should’ve been extended the courtesy. After all, they did make a movie based on their lives.

“The Royal family has not been invited to the World Premiere,” a spokesman for the film distributor said to Radar Online. Another rep explained to Radar that Burrell and Al Fayed were “not invited, as [the] tickets were [only] for guests of the cast and crew.”

There’s a great deal of controversy surrounding this film already, so this just seems to add to the drama. The film never really received full support from the royals, primarily because of the film’s somewhat strange decisions to excise key moments and players from Princess Diana’s colorful life.

This little scandal comes not long after Naomi Watts, who plays the role of Diana, said that she received “permission” from Princess Diana’s ghost to portray her on screen. If you haven’t already guessed, that raised some major eyebrows within the Royal Circles. In a statement, they said Watt’s little revelation was just a PR stunt “to help sell a film which doesn’t have the backing of the Royal family.”

The film hits theaters this October. Trailer below.