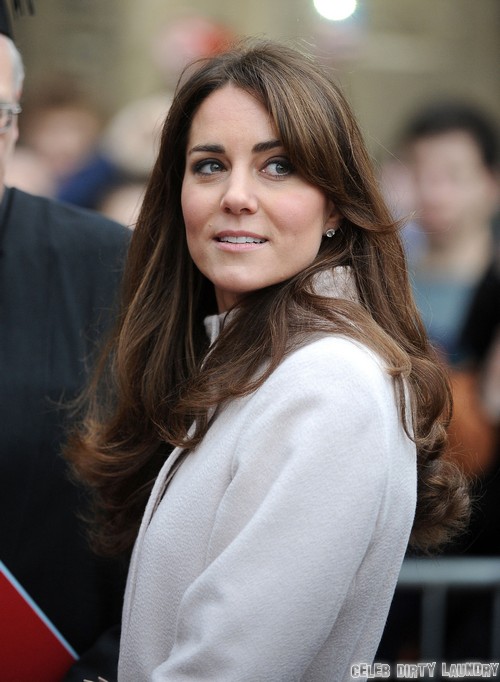 You would think that the Duchess of Cambridge, Kate Middleton would be boosting the economy everywhere she goes, but apparently she’s costing the British Royals a ton of pounds. Is the Duchess and future Queen sending the current Queen, Elizabeth, to the poorhouse?

While other Royals are funding their trips out of their own bank accounts, the Duke and Duchess opted to spend $200,000 on a trip to Mustique. Is it getting too much for the Queen to handle? Kate is clearly spending a lot of money on personal doctors for her pregnancy, shopping for baby clothes and other trips… Could this be a sign of bad things to come for the Royal family?

The spoiled Duchess doesn’t seem to want to work — nor does she want to fulfill any of her Royal duties. That has to mean that the Brits are leaking money like a drippy faucet. Now, we’ve learned that a British PAC (Public Accounts Committee) is about to go over the Queen’s finances with a fine-tooth comb!

The Public Accounts Committee (PAC) is expected to launch an inquiry later this year into the finances of the Queen and the Royal Family, according to a report in the Independent, which says, “Such an inquiry will cause trepidation in Buckingham Palace because of the committee’s formidable reputation for lambasting civil servants and government departments if it deems they have misused public funds.”

The PAC is behind the recent public shaming of Amazon and Starbucks in the UK.

Inevitably up for discussion will be the Royal Train, which costs around £40,000 per journey and money given to junior royals.

The Queen’s annual payment represents 15 per cent of the income from the Crown Estate, whicch comprises assets such as Regent Street in London (the whole thing) , Ascot racecourse the national seabed around Britain.

Under a deal with the Palace the main income of the Prince of Wales, which he gets through the Duchy of Cornwall, will be outside the PAC’s scrutiny. The Duchy of Lancaster, a trust that provides the Queen’s private income, is also exempt.

Will the Queen end up in the poorhouse? Can you imagine that? She would be trying to get people to do her bidding and they’d just tell her to do it herself! Oh the horror!